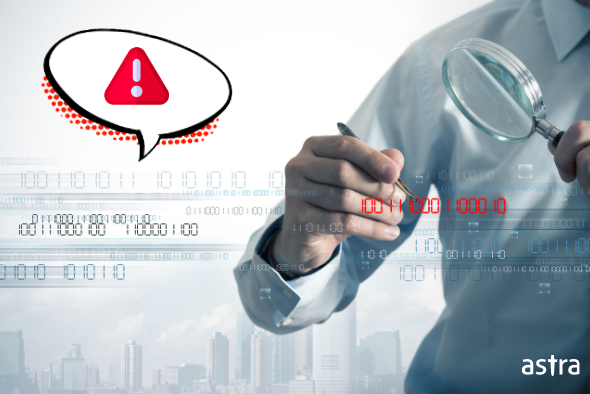 In a technology-optimized world frequent attacks and mismanagement of stolen data have become the norm, pushing people, and by extension companies who use their data, to take strict efforts in data management and network security. That’s why we will discuss network penetration testing in this post.

What is Network Penetration Testing?

Network penetration testing is the process of simulating a hacker-style attack on your network assets to detect and exploit security misconfiguration, network vulnerabilities, and threats like open ports, vulnerable devices, or outdated software running on the network.

For easier reference, imagine it to be a mock drill against known cyber threats. The goal of a network pentest is to detect security vulnerabilities in a network and help the target organization strengthen its defenses against cyber threats.

What is the importance of network penetration testing?

To understand more about how to secure networks and prevent data breaches, we’ve put some insights into the importance of network penetration testing through this article.

Sometimes, companies who have put their systems through vulnerability scanning doubt the relevance of pen tests since both processes have the same goal. However, an internal or external network pen test is to follow vulnerability assessments.

While vulnerability assessment uses automated website scanners to conduct security checks, internal penetration testing puts forward stimulated cyber attacks. With external penetration testing, you can test the site from an outsider’s perspective. If both point out the issues in the firewall and other security measures, network pen tests bring in more concerted efforts to recognize the problem and solve it.

Using high-quality versions of both VA and PT allows you to cyclically go through a website vulnerability scanner, attain risk reports and the varying levels of danger, then use this information to conduct a pen test before preparing the final assessment and applying fixes.

What is the Purpose of Network Pentest?

Single-handedly the most important reason, every organization must guard itself against data breaches. Pen testing networks often function like ethical hacks and simulate cyber attacks as best as possible. A small weakness has the potential to let out sensitive information, affecting your customers’ trust and the more serious violation of various rules and regulations. Here, a helpful way to determine the level of possible intrusion is to identify the different levels of risk that you are exposed to.

Be it the structure of your business as a whole, sensitive data, or newly released applications, ensure that no overlooked flaw can compromise your integrity through network pentests. Security assessments and website security scans should be a part and parcel of any new initiatives, especially if there is the management of important data. Some examples of such flaws include SQL injections, weakly configured firewalls, outdated software, and traditional virus or malware.

Certain regulations insist on penetration testing services, no matter the industry. For example, data security for the payment card industry ensures such tests for the protection of customers’ sensitive information (PCI DSS).

Network pen tests require multiple runs through a continuous time period to ensure long-term security. Professionals hired for this purpose will also look over the security controls used for the business network such as firewall, layered security, encryption processes, etc. Proper penetration tests, keeping in mind the needs of the system, client, and overall security.

Today’s network security experts are taking on the disguise of well-trained hackers analyzing the system to find out any potential weaknesses or loopholes to manipulate – the reconnaissance strategy.

In the discovery phase, penetration testers use the information gained from the reconnaissance strategy to run live tests with pre-coded or customized code scripts for identifying possible issues.

Usually, one script discovers one issue at a time, so multiple scripts may be required for the completion of the entire process. Technical and human sides of errors are given as equal importance – i.e., technical looks at SQL injections or weak peripheral security, and social looks into divulging of sensitive information.

In the exploitation phase, pentesters leverage the information obtained in the discovery phase such as possible vulnerabilities and entry points, etc., and then begin to test the discovered exploits in your network devices or IT systems. The goal of the exploitation phase is to break into the network environment by avoiding detection and identifying entry points using a different set of pentesting tools available on the internet.

How does one conduct Network Penetration Testing?

Every system has unique requirements, and hence, the below-mentioned tests can be used individually, or in combination.

A ‘black box’ test is conducted without any prior knowledge of how the network functions or any of its technical characteristics. Therefore, the test functions by fully exploring the given network in a comprehensive manner so as to conduct a pointed attack.

This is the most realistic version of a general cyber attack and businesses that prefer this are ones that handle the most sensitive data and/or wish to stay informed of all potential loopholes for malicious hackers. Examples of black-box testing tools include Selenium, Applitools, Microsoft Coded UI, etc.

As is evident by the color, the function of a ‘gray box’ test remains between that of black and white. This includes simulated attacks to understand issues that an average system could face in situations such as stolen login information to gain internal information such as user privileges, technical documents, etc.

Highly targeted attacks are framed to understand the direction of attack by an average hacker, making them one of the most common network pentests. Some of the common gray box testing tools are Postman, Burp Suite, JUnit, NUnit, etc.

Here, network professionals collect all possible data about the system, know where the possible flaws are, and target the specified infrastructure to evoke a response. If black is realistic and gray is moderately intrusive, the ‘white box’ test is like an audit and checks the aftermath of increased security.

This is the version of a final run-through and businesses usually use it to ensure that the system is impenetrable to the most hardcore hacker, making it the longest in planning but the most important. The top performers in white box testing tools include Veracode, GoogleTest, CPPUnit, RCUNIT, etc.

The most important aspect of a well-planned and successful network penetration test online is to identify the client’s needs from their systems and plan accordingly while recognizing all potential threats. Once the website penetration testing report is planned and recommendations are made and all forms of assessments and potential attacks are made, a network pentest fulfills its true purpose.

Here are a few network penetration testing tools you can use to conduct pentesting for your network systems:

Here’s what the penetration testing process at Astra looks like:

Want to know more about our network penetration testing services? Feel free to talk to us here.

What are network penetration assessments?

Network penetration assessments refer to the authorized exploitive testing of identified vulnerabilities in network infrastructures to understand their complete impact on the network’s security.

Which network controls would you suggest for an organization’s network security?

Internal pen testing is the process of assessing one’s security system for loopholes with an in-house security team for the purpose of creating a network baseline. It also determines whether these vulnerabilities can be used to achieve initial access.
External pen testing on the other hand is done by an outside pentest provider and is crucial to meet compliance requirements. It provides a thorough hacker-style examination of one’s security thus finding all vulnerabilities that might escape an internally conducted pentest. Hope this clears it up for you.

What information is required to scope a network penetration test?

Hey Amelia, the information required to scope a network penetration test is as follows:

1. Needs of the customer- All assets to be tested or new features alone, type of tests required, and how far to exploit.

2. Time- The timeframe by which the test needs to be done, and the timings when the exploit can be conducted should be informed prior.

3. Compliances Required- Compliance like ISO 27001 or SOC2 focuses on different areas and so the scope for each will differ.

4. Number of assets- The number of services and IP addresses to be tested is predetermined. 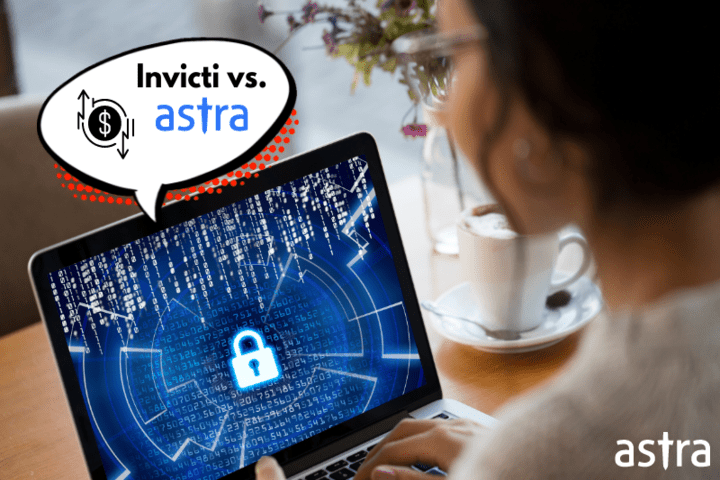 Security Audit
Invicti Pricing With A Better Alternative To Boot 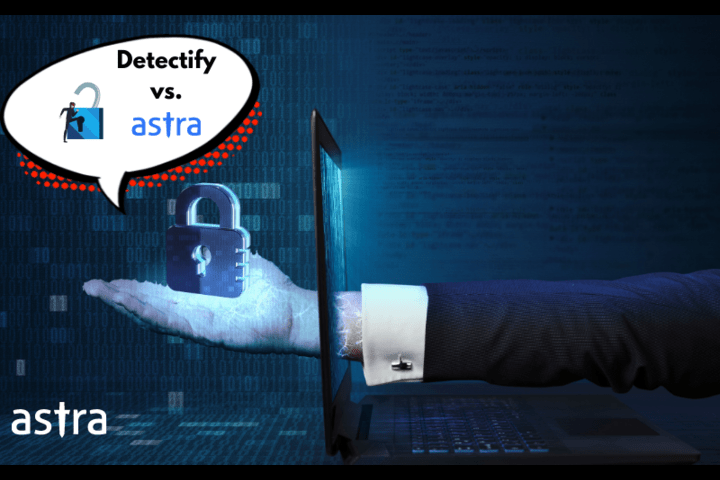 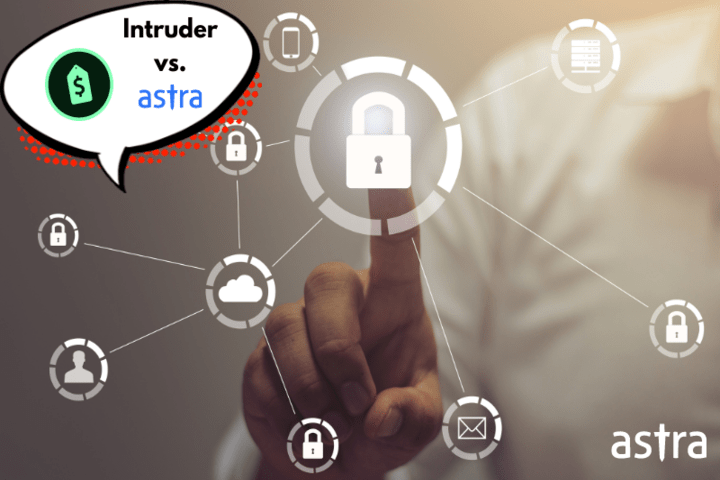 Security Audit
Intruder Pricing With an Alternative To Compare