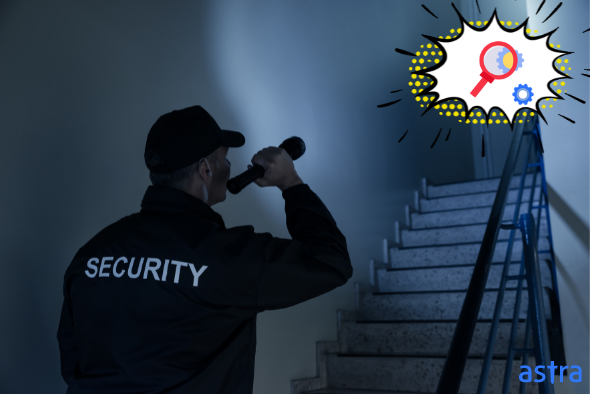 What is black-box penetration testing?

The name “black-box’ is suggestive of the dark, no-information starting point in the test.

A black-box penetration test tests your live application, on run-time. It is thus also called Dynamic Application Security Testing (DAST). A black-box pentest is great for testing your external assets like:

While black-box penetration testing is not an alternative to complete security review, it helps in testing the application from the POV of an end-user or a hacker. It can flag serious vulnerabilities in your web-facing assets such as – validation errors, information disclosure via error messages, server misconfigurations, and so on.

Black-box penetration testing on its own is not sufficient for identifying all security vulnerabilities in a system. Though, when coupled with source code review and other tests, it provides a wholesome picture of the security status of the system & network.

Here’s how you can benefit from a black-box pentest:

A black-box penetration test is an important component of application security testing. However, in no circumstance, should you trade off a comprehensive review of the source code and internal system for a black-box pentest.

Since a black box test does not include internal testing, a system may falsely appear to be ‘secure’ if the tester fails to find any vulnerabilities in the external components. In reality, the application may have a pile of vulnerabilities beneath the surface.

In other words, vulnerabilities identified in a black-box test indicate that the target system has a weak security build. The same can’t be said when it does not highlight any important security vulnerabilities. In that case, the vulnerabilities are just hidden inside the internal systems.

To sum up, a black box penetration test:

Keeping in mind the limitations of a black-box penetration test, at Astra, we offer both black-box & gray-box penetration testing. Black box testing helps with regular pentesting of your application which you can use at your own code push cycle’s pace. The gray box testing ensures that our security experts try to break into the application like a hacker and look into the internal as well as external threats.

All vulnerabilities are then reported on our Pentest dashboard, which simplifies overall vulnerability management for both the involved parties – the tester & the client. More information here.

Fuzzing is a process to test web interfaces for missing input checks. It’s done by injecting random or well-crafted data, also called noise injection. The goal is to identify unusual program behavior that results from noise injection. The success of Fuzzing may indicate the lack of proper checks in the software.

Syntax testing is a process to test the data input format used in a system. Usually, this is done by adding input that contains garbage, misplaced or missing elements, illegal delimiters, etc. The aim is to find out the outcomes in case the inputs deviate from the syntax.

Exploratory testing is testing without any pre-formed test plan or expectation of a specific outcome. The idea is to let outcomes or anomalies of one test guide another. It is especially helpful in black-box penetration testing, where a big find may shape the whole test.

Data Analysis in black-box penetration testing refers to the review of the data generated by the target application. It helps the tester understand the target’s internal functions.

Test Scaffolding is a technique to automate intended tests with tools. This process helps the tester find out critical program behavior otherwise not possible in manual testing. These tools usually include debugging, performance monitoring, and test management tools.

Monitoring program behavior helps the tester understand how the program responds. With this technique, the tester may find unspecified symptoms that are indicative of underlying vulnerabilities. This process can be automated to save testers from manually checking for anomalies in program behavior.

5 Stages in a black-box pentest

A typical black-box penetration testing goes through these 5 stages:

Scanning & Enumeration is where more reconnaissance is done. This is where the tester looks for more data about the target like types of running software, operating system, versions, connected systems, user accounts, user roles, etc.

With the above reconnaissance, the tester now looks for public vulnerabilities in the target systems & networks. This may include known CVEs in the system, versions, or third-party applications used by the target.

Exploitation is where the tester crafts a malicious request, or social engineer to exploit the identified vulnerabilities. The goal of this step is to get to the heart of the system via the shortest route possible.

After the tester breaks into the system, they try to escalate their access level to gain complete access to the system and database. This stage is called Privilege Escalation.

Tools used in a black-box pentest

Here’s what else you get with Astra Pentest:

Also Read: Top 6 Web Pentest Tools You Should Not Miss in 2022

“Software never was perfect and won’t get perfect. But is that a license to create garbage? The missing ingredient is our reluctance to quantify quality.”

Security of software is an ongoing process. You develop, test, secure, and repeat. There are various ways to test an application. Penetration testing is one of the most common.

What is the timeline for Black-Box Penetration Testing?

The timeline for Black-Box Pentesting is 7-10 days. The rescan after fixing the vulnerabilities takes 3 more days. The timeline may differ slightly based on the scope of the test.

How much does penetration testing cost?

The cost for penetration testing ranges between $99 and $399 per month for websites.

The security engineers at Astra perform extensive manual pentest on top of machine learning driven automated scans. The vulnerability reports appear on your dashboard with detailed remediation guides. You will have access to a team of 2 to 10 security experts to help you with the fixes.

Yes, you get 1-3 rescans based on the type of Pentesting and the plan you opt for. You can avail these rescans within 30 days from the initial scan completion even after the vulnerabilities are fixed.