What is Dynamic Application Security Testing(DAST)? 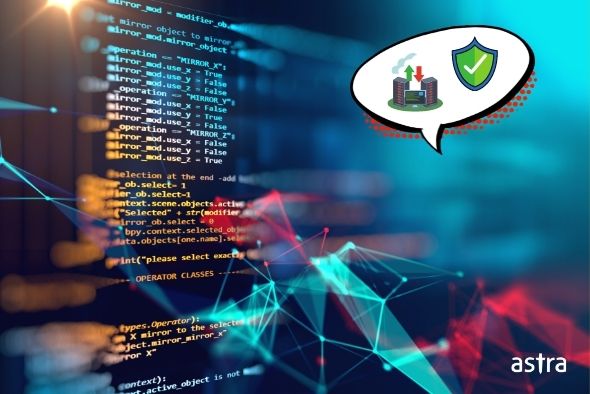 With more than 1.7 Billion websites (according to Internet Live Stats) globally, it is no surprise that the number of security vulnerabilities is on the rise.

This Blog Includes show
What is dynamic application security testing (DAST)?
DAST is a black box testing
What makes Dynamic Application Security Testing Important?
What are various types of DAST?
How does DAST work?
Integration of DAST in SDLC
Why DAST is Important for Your Application?
1. No syntactic knowledge of application:
2. Very few false positives:
3. Scan what matters:
4. Real-world scenarios:
5. Integration with SDLC:
6. Easy and continuous setup:
How does Astra’s DAST tool work?
Benefits of using Astra’s Pentest:
Conclusion
Was this post helpful?

Dynamic application security testing (DAST) is the process of finding security vulnerabilities while the application is in the production phase which includes both manual and automation testing using various kinds of testing tools.

DAST is a black box testing

It is a type of black-box testing (with no knowledge of infrastructure, network, or code) that tests your application from a malicious person’s perspective, also known as an Attacker or Hacker. Applications depend on inputs and outputs to operate, which means that if there is suspicion in the user-based input, something similar might also reflect the response.

DAST testing can help you find vulnerabilities in your software, even before any input is given. It is not designed to work on specific software but on the application layer, where the actual applications are vulnerable.

According to a study by CNBC, more than 75% of applications are vulnerable in some way or another, there is simply no way that security vulnerabilities in applications are going away anytime soon; that’s where Application Security Testing comes in.

When you think of DAST scanning, you might wonder how it is different from traditional penetration testing or static application security testing that is slow, static, and very time-consuming. The difference is that DAST is dynamic. That means the tests are run in real-time, simulating real-world application behavior. Dynamic testing is usually conducted on the live system, also known as Production Environments.

What are various types of DAST?

Most people consider DAST as an Automated approach, but it’s not. Dynamic Application Security Testing is widely divided into two types:

How does DAST work?

DAST is the process of finding security issues using manual and automation testing tools that simulates external attacks on an application to identify outcomes that are not part of a typical user experience. One example is a SQL injection flaw. By sending a large string of characters, a DAST attack can help identify a SQL injection flaw.

DAST tests all kinds of endpoints including hidden endpoints and stimulates different kinds of attacks to find security vulnerabilities. The automated testing tool for dynamic application security testing simulates malicious attacks on an application to identify outcomes not part of an everyday user experience.

Integration of DAST in SDLC

The integration of DAST tools, with SDLC, is the key to building secure applications.

The primary focus of DAST is to identify vulnerabilities in the early phase of the SDLC, thus enabling development teams to resolve issues before they become more significant problems. DAST scanning was introduced to the software development lifecycle (SDLC) to provide developers with an opportunity to identify vulnerabilities in an application before hackers exploit it.

Developers, testers, and project managers have always relied upon various scan technologies during the SDLC. However, before the emergence of DAST solutions, it was difficult for teams to integrate scan results into the development lifecycle.

Why DAST is Important for Your Application?

DAST is a relatively new testing practice that focuses on assessing the security of software applications at runtime. It allows us to perform testing on the production environment, thereby offering several otherwise unavailable benefits.

So what are these benefits? Let’s have a look at them in more detail:

1. No syntactic knowledge of application:

DAST scanners result in very few false positives compared to other AST methodologies because of end-to-end testing irrespective of components, language, and platform.

With the emergence of microservices and functional programming, application architectures and code bases have become more complicated. The days of a single monolithic application are long gone. Modern applications consist of multiple components and systems built by various teams and often multiple companies. Since DAST exercises applications and services using their web interfaces, it tests the result of all of these components and systems interacting with each other and highlights real-world vulnerabilities without the need for much insight into each component.

DAST scanners aren’t designed to work within internal intranets, so their methodology is consistent with typical external attacks. It stimulates attacks like real-world attack that helps applications become secure before a hacker tries to attack them.

Organizations implement DAST into the SDLC to reduce the vulnerabilities and security risks in their applications in the CI/CD pipelining phase, resulting in a higher chance of successfully mitigating vulnerabilities.

DAST is easy to set up and is a continuous scanner that keeps on checking for security vulnerabilities making it easy for the development and management teams.

How does Astra’s DAST tool work?

Astra’s Pentest is the only solution that gives you the manual and automated DAST. It is an end-to-end solution for all security problems.

When it comes to security, no aspect is more critical than testing. Dynamic application security testing can help you find and fix vulnerabilities in your code before they become a problem. At Astra Security, we test software applications for bugs and vulnerabilities in the runtime environment providing you with proper steps to reproduce and fix the issue. As automated and manual dynamic security testing has its benefits, Astra’s solution includes both manual and automatic DAST, keeping our applications secure.