Cross-site Scripting (XSS) Attack: All You Need to Know 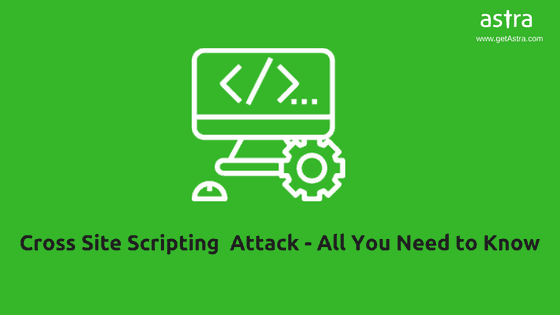 Cross-Site Scripting (XSS) attacks are stated as one of the most rampant occurring yet easily fixable injection attack faced by e-commerce businesses and a variety of other web applications. From targeting applications built on archaic web technologies to newer ones using rich, client-side UIs, XSS has plagued them all. However, it is imperative to realize that vulnerabilities posing as a potential cause for a XSS attack can be easily detected and fixed timely.

How does a Cross-site scripting attack occur?

A simple example of such input data is when we submit our name, e-mail ID, username-password or any input in a form. Each of the above entered inputs can be manipulated if the underlying code doesn’t properly validate the inputs. An attacker makes use of this inability to inject malicious content, usually in the form of a Javascript code, HTML or any form of code executable by the browser. The end user has no way of suspecting the unreliable script and will end up executing it. Once injected, the script gains access to any cookies, session tokens or sensitive info used by this site.

An XSS attack is of 3 types:

Generally, an attacker uses a XSS vulnerability to extract session cookies of the end user which finally enables the attacker to access the account of the user. An example of the above scenario is:
This simple vulnerability, if existing in your web application, can have very serious implications. Another common XSS exploitation is when attackers use your application for drive-by downloads, where-in the attacker causes an end user to download malware without their knowledge, by clicking on legitimate looking links.

XSS attacks mostly occur for financial gains, a notable one is the past attack against e-commerce giant eBay. The hackers injected a malicious Javascript code into several listings for cheap iphones, which in turn redirected users to a fake login page created to compromise user credentials.

Apart from e-commerce sites, several social media sites have been subject to such infamous attacks. Twitter was targeted with one such XSS worm that led to malicious links getting lodged on a website named StalkDaily. Another well- known XSS attack was the MySpace attack by the Samy worm – a benign virus which altered the profile page of MySpace users and sent random friend requests.

Preventing a XSS attack doesn’t imply disabling users to input their payloads, rather take measures to stop it from being parsed as HTML in the browser. That being said, here are few methodologies which are used to prevent a XSS attack.

[…] Not Trust Those Inputs: Vulnerabilities like SQL Injection and Cross Site Scripting are one of the most exploited on web apps. Be it WordPress, Magento or OpenCart all have had cases […]

[…] add evil code. This is an easy way to get entry inside the website without doing much. Attacks like XSS and SQL injection are direct consequences of the lack of input sanitization. Recently, Joomla  […]

[…] with its sites till now. The vulnerability of its sites getting infected lies mainly with the cross-site inscription(XSS). Still, it must not be forgotten that no site is completely hacked proof. Thus, this article […]