SQL Injection (SQLi) Attack: All You Need to Know 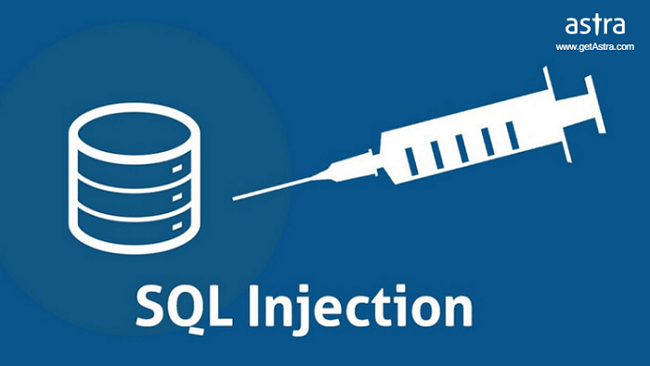 A variety of web applications employs database systems for the provision of backend functionality. A widely used language used to query, operate, and administer database systems is Structured Query Language (SQL). Owing to its rampant use in web applications globally, SQL-powered databases are easy and frequent targets for cyber-criminal acts, the severity of which depends solely on the intricacies of each system being targeted.

An SQL injection attack is one of the most frequently occurring web hacks prevalent today, wherein an attacker uses web page inputs to insert a malicious code in SQL statements. It usually occurs when a web page asks for user input like username/userid. The attacker uses this opportunity to insert a SQL statement which ends up running on your database without your knowledge.

The implications of such an attack can only be dependent on the web application, and how it processes the attacker-supplied data prior to building a SQL statement. Possible security ramifications vary from authentication bypass to information disclosure to extending malicious code to other application users. The risk factor extends to a large number of websites since SQL (Structured query language) database is supported by various web platforms like WordPress, PHP, Joomla etc.

Ramifications of a successful SQL attack

An SQL injection is considered as a high severity vulnerability. The extent of to which the damage can be caused can solely be left to the attacker’s skill and imagination, and the existence of countermeasures, like low privilege connections to the database server, to brace such an attack.

Once compromised, a hoard of sensitive information once concealed by the database now becomes at the mercy of the attacker. Consequentially, the attacker can now steal sensitive data from the database, execute administration operations on the database (such as shutdown the DBMS), recover the content of a given file present on the DBMS file system and in some cases gain control of the operating system.

Typically, the following kind of attacks are possible once an SQL injection occurs:

Although an SQL injection attack is amongst the most common application layer attacks affecting web applications globally, it is extremely simple to avoid SQL Injection vulnerabilities in your code.

The primary approach is to validate user-supplied data, which can be done by whitelisting or blacklisting. Moreover, another approach to defending your site against SQL attacks is to construct SQL statements such that any form of user input cannot alter the meaning logic of the SQL commands.

Input validation incorporates the use of two approaches to defend against an SQL injection: blacklisting and whitelisting. Blacklisting involves removal or replacement of known malicious characters from user input. Although this method is widely used, it is not as effective as whitelisting. An attacker can circumvent the filter and inject malicious SQL statements. On the other hand, whitelisting examines every character in the user input for malicious content and only allows inputs containing all characters which conform to the permitted list.

In addition to stringent input validation, it is imperative to employ parameterized queries in ASP.NET, prepared statements in Java, or similar techniques in other languages making up the web application. Fortifying the SQL statement in this way would ensure escaping of perilous characters before the SQL statement is passed to the underlying database system.

Routinely test your applications using both static and dynamic testing for any potential SQLi vulnerabilities.

How Astra can guard you against SQL Injection

[…] Injection: Even if the best defense mechanisms are in place to prevent injection attacks, information obtained through the query logic code (snippet from server error messages) might […]

[…] 7 database API abstraction layer became vulnerable to an SQL Injection attack. The vulnerability  SA-CORE-2014-005 impacts all Drupal core 7.x versions prior to 7.32. This […]

[…] Ajaxcart, EM (Extreme Magento) Quickshop, MD Quickview, SmartWave QuickView were discovered having SQL injection vulnerability. These are some of the most widely used extensions and are used in several different themes, […]

[…] Not Trust Those Inputs: Vulnerabilities like SQL Injection and Cross Site Scripting are one of the most exploited on web apps. Be it WordPress, Magento or […]

[…] the source of the webpage causing the redirect/pop-ups. In the case of Opencart it is caused due to SQL injection vulnerabilities in the store, allowing the hacker to add the malicious code to the database. In the case of […]

[…] code. This is an easy way to get entry inside the website without doing much. Attacks like XSS and SQL injection are direct consequences of the lack of input sanitization. Recently, Joomla  patched an either […]