What is Blockchain Security? – An Ultimate Guide [Updated 2022] 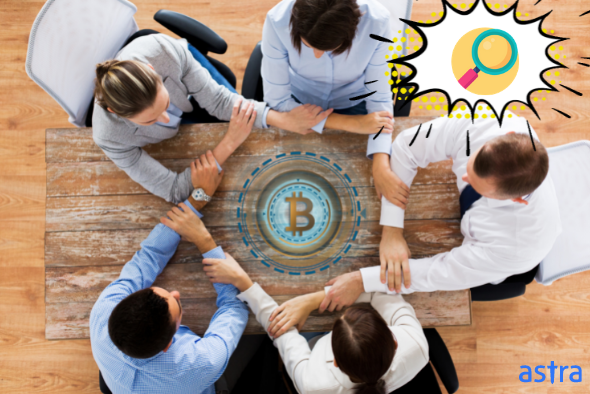 We’ve seen many instances in the past few years where the blockchain solutions were targeted with data theft and cyberattacks – which makes this technology non-immune to cyberattacks even considering its default strong security factor. Here are a few examples of recent cyberattacks on blockchain:

What is Blockchain Security?

Blockchain technology has been around since the year 1991. The initial discovery of blockchain was restricted to currency transactions but back in 2014, it saw the latest developments and potential in other financial and inter-organizational transaction areas where the new opportunities were explored. And now in the last couple of years, the adoption of Blockchain has increased manifold across every industry for different use cases and deployments.

Today, organizations are leveraging Blockchain technology for managing distributed databases, digital transactions, cybersecurity, and healthcare to build blockchain-based solutions for their customers. The primary benefit of using blockchain technology is that it ensures security in transactions due to its principles of cryptography, decentralization, and consensus.

A recent report states that the worldwide blockchain market is expected to be valued at $20 billion in the year 2024. Right now, 69% of banks are exploring different avenues regarding blockchain tech to make their services safer, consistent, and straightforward.

While the adoption of blockchain has brought many advantages for worldwide organizations, it has also attracted many cybercriminals to penetrate the technology and target organizations with cyberattacks. In recent years, Blockchain security has become a crucial part of organizations’ processes that is keeping them standing on their knees in the world of cyberattacks and hacking attempts.

In this complete guide, we will be discussing Blockchain technology, how it works, and how to secure it from cyberattacks with the best secure coding practices and Blockchain penetration testing.

So, let’s look straight into it.

Blockchain is a technology that allows users and organizations to store and process data with the structured distributed blocks present in a blockchain network. Each new block stores a transaction or a bundle of transactions that is connected to all the previously available blocks in the form of a cryptographic chain.

Blockchain works as a distributed network that enables decentralization of data which makes it more secure and hard to tamper technology.

It is a decentralized public ledger network that allows organizations to connect to it via nodes for data storage and processing. The data stored in blocks can be accessed with verification, validation and consensus by the original entity that wants to store/process the data.

In the above image, as you can see, whenever a transaction is requested by the user using a blockchain-based application, a respective block is created in the blockchain network for storing the data of that transaction. Then that block is sent to every node in the distributed peer-to-peer network that further validates the transaction. After the validation, nodes of the network receive a reward for the proof of work (which is an agreement between the various nodes – also known as distributed consensus). Then, the block gets added into the existing Blockchain and the user gets a successful transaction.

The reason why the blockchain has acquired such a lot of adoration is that:

What are the different types of Blockchain?

There are three types of blockchains that exclude traditional databases and DLT. As follows:

All transactions that happen on public blockchains are completely transparent, implying that anybody can analyze the transaction subtleties. Ex: Bitcoin and Ethereum.

Read Also: How to Do a Blockchain Security Audit?

What is Blockchain penetration testing?

Blockchain penetration testing is a security assessment process done by ethical hackers or security professionals to test the security strength of the blockchain-based solution or application.

How to do Blockchain Penetration Testing?

To make it easy to understand, we’ve divided the blockchain penetration testing into the following 3 phases:

In this phase, you can understand and analyze the business and functional requirements.

In this phase, you can use the data acquired in the first phase to play out the active testing of your blockchain to decide its development level estimated against best practices and industry guidelines.

In this phase, the objective is to use any weaknesses or security loopholes found in the Discovery stage. This is frequently done manually to get rid of false positives. The exploitation phase also involves the exfiltration of data from the target and looking after perseverance.

What are the Blockchain Security Testing tools?

Moreover, the security expert team of Astra makes sure that no vulnerability goes unseen during the testing process.

Further, Astra’s collaborative VAPT dashboard gives you detailed vulnerability reporting and steps to fix each vulnerability. You can also talk to your designated security expert directly.

After every successful audit or pentest, you can get the industry-recognized publicly verifiable VAPT certificate from Astra.

Blockchain offers multiple security measures for the solutions that are built on it. However, due to lack of governance and exploitable vulnerabilities makes it not immune to cyberattacks. Therefore, performing a Blockchain security audit or penetration testing becomes important for your business. The sooner you identify blockchain security loopholes the sooner you can fix them and protect your blockchain solutions from hackers.

Thanks for sharing the blog. Blockchain technology provides a level of security but not complete. The technology is susceptible.