How to Perform a Blockchain Security Audit? 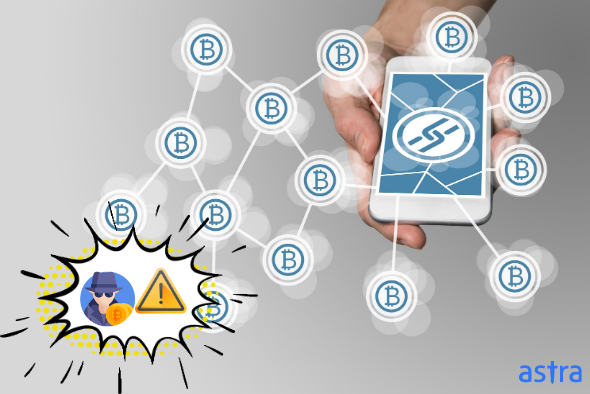 Although the blockchain system addresses protecting the integrity of data, it doesn’t imply that the applications running on it are immune to attacks. What’s more interesting is the fact that securing blockchain applications from an attack is a quite challenging and time-consuming process. That is why the notion of executing blockchain security audit is gaining prominence in industries and companies employing blockchain as software.

So what exactly is blockchain? Well, blockchain enables peer-to-peer distributed ledger infrastructure for individuals and companies, which facilitates the procedure of recording transactions and tracking assets.

Since blockchain is a software, no one can say that it is immune from hacking. In fact, in the past couple of years, there have been many cases where several crypto trading platforms suffered brutal cyber attacks. For instance,

Although the blockchain system addresses protecting the integrity of data, it doesn’t imply that this solution is immune to attacks. What’s more interesting is the fact that securing the blockchain from attack is quite challenging. That is why the notion of executing blockchain security audit is gaining prominence in industries and companies employing blockchain as software.

Why does Blockchain need to rethink security?

Even though blockchain as a technology is known to be most secure, there have been instances where loopholes and vulnerabilities were discovered – targeting its insecure integrations and interactions with different applications and servers. This makes blockchain security assessment crucial to eliminate such security loopholes and evade vulnerability exposures in the applications.

A few other problems that lead to a vulnerable Blockchain software include:

Thus, there is an ardent need to conduct a Blockchain security audit to stay protected from any cyber threats or mishaps.

Also Read: Cloud Security Audit: Everything You Need to Know

How to do a Blockchain Security Audit?

While the emergence of tools like VeriSol is a relief to many, the sad reality is that there aren’t too many tools to conduct a blockchain security audit. This is the reason that manual auditing still plays a very important role in Blockchain applications and networks.

A Blockchain code audit is the systematic and structured code review of a blockchain development project which is executed manually. The process usually involves the extensive use of static code analysis tools. But the main responsibility of audit lies with the expert security professionals and blockchain developers to review the code to find bugs. Let’s take a glance at the various steps concerning the Blockchain auditing process.

1. Define goal of the target system

A broad goal of a security audit, blockchain or else, is to identify security risks in your system, network and tech stack. You can also narrow down this goal to several smaller goals pertaining to different security areas and your specific needs. Also define the action plan that ought to follow the security audit. A predefined goal and action plan will prevent you (the auditor) from going haywire with the audit and keep your assessment on the right track right till the end.

The second step is to recognize the components and the associated data flow of the target system. Moreover, the auditing team also needs to understand the project along with its architecture and use case. A review of test plans and test cases is also necessary to perform a successful audit.

When you are undertaking a smart contract audit in Blockchain, you first need to lock down the source code version. This makes sure that there is transparency in the audit process. What’s more, this step also helps you to differentiate the version already audited compared to any new changes you render to the code. But it is important to document the version number(s).

Blockchain applications have nodes and APIs that are accomplished by communicating over private and public networks. Nodes and their respective roles can differentiate in solutions as they are the communicating entities in the network of Blockchain. With the constant evolution of implementations and risks, organizations should consider reviewing the risks. Some of the potential security risks in blockchain are related to data, transactions, etc.

If you are looking for a professional blockchain security assessment, then you can’t look past Astra Security. Once you subscribe to Astra’s security audit, Astra’s security experts will run over 1200 tests (including static and dynamic code analysis, configuration checks, network configuration flaws, permissions check, and so on) on your system.

You would also get access to a collaborative dashboard where you can check vulnerabilities reported in your Blockchain system on a real-time basis. In case you are patching the reported vulnerabilities, Astra security engineers will re-scan to make sure that all patches are working.