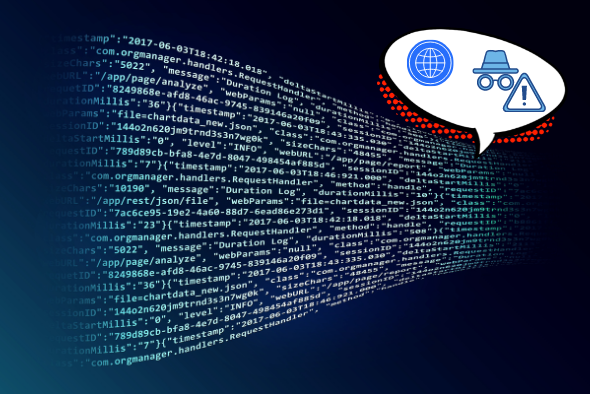 Today, one of the concerning facts in the cybersecurity industry is that the number of data breaches is growing at an alarming rate. Companies of all sizes are falling victim to data breaches every single day. This is a huge problem, and the only way to combat it is to understand the problem better and secure the data that gets exposed in data breaches.

In 2021 only, more than 281.5 million people have been affected by a data breach in some or the other way and the number is increasing every day. The first major lesson to be learned is that there is no 100 percent security. If you are dealing with sensitive data, you need to assume that you are vulnerable to attacks. And this is why every organization should have a proper penetration testing plan in place to prevent data breaches by fixing loopholes in their systems.

Penetration testing, also known as ethical hacking or pen-testing, is the act of hacking your system. This may sound like a dangerous idea, but it’s a very smart way to identify vulnerabilities that may be present in your system.

Penetration testing encompasses security measures like firewall software and physical safeguards like door locks and window security. These measures are implemented to prevent unauthorized access to your system, but it’s not always possible to protect against every possible threat.

Reading Guide: What is Penetration Testing (In Cyber Security)- Definition, Purpose, and How to Perform

What is White Box Penetration Testing?

White Box Penetration Testing is a type of security testing in which the internal structure of a system or network is known to the penetration tester. White Box testing is often used to pentest internal networks and systems of a company.

White Box Testing is a testing technique where a tester is given access to all internal codebases of the system. In this type of testing, the tester knows what the code is supposed to do. It is a method to test the security of a system by examining how well it can resist all kinds of real-time attacks.

White box penetration testing is also known as structural testing. This is the most used testing technique by security testers because they get a clear picture of the application. The idea behind this testing is to simulate the attackers’ actions to try to find the security holes in the application to reduce security risks.

How is White Box different from Black Box and Gray Box?

Penetration testing is the practice of testing a computer system, network, or web application to find vulnerabilities that an attacker could exploit. The main difference between a black box test and a white box test is the tester’s level of knowledge about the target.

In a white box test, the tester has significant knowledge about the target, including aspects of the application’s architecture and implementation that may not be known to the software’s developers.

In a black box test, the tester has no prior knowledge of the target and must find and exploit vulnerabilities without any guidance.

A gray box test is a compromise between a white box and a black box test. The tester has some knowledge about the target, including the application’s architecture, design, or implementation. However, the tester has a limited amount of information, which may be inaccurate or outdated.

White box penetration testing is an enhancement of the more conventional black-box testing. It is also called structural testing, clear box testing. White-box testing is performed on the source code after it has been compiled. It examines the program’s internal structure or logical design.

This is in contrast to black-box testing, which tests the program’s functionality, not its internal structure.

Some benefits of white-box penetration testing are:

To test a system, a tester has to have a pretty good understanding of the system like how it works internally, and what it is supposed to do. In white-box testing, having all this information can help you write the test cases more quickly.

White box testing is based on an analysis of the code of the software which enables the tester to determine the entry and exit points of each function. It makes use of information about the code structure which can be found in the design documents, programming language specifications,  source code, programmer’s comments, UML diagrams, object model, or the high-level language model making white box penetration testing more extensive.

SDLC is an acronym for Software Development Life Cycle and SDLC has been evolving from the past to the present helping companies develop software in a better way. White Box penetration testing is integrated in the early SDLC, even before the application is available to customers or users making the vulnerabilities detectable at a very early stage.

Let’s understand some of them in detail.

Some common tools/libraries used to perform white-box penetration testing are:

1. Metasploit: Penetration testers use Metasploit to develop and validate the exploit code before using it in the real world. It can be used to test the security of a network or to hack into a remote computer.

2. Nmap: Nmap is an open-source network administration tool for monitoring network connections. It is used to scan large networks and helps for auditing hosts and services and intrusion detection. It is used for both packet-level and scan-level analysis of network hosts. Nmap is free of cost and available to download.

4. NUnit: NUnit is an open-source unit testing framework for the .NET Framework and Mono. It is a tool that helps you write better code by reducing the amount of bugs in your application.

5. John the Ripper: John the Ripper is a fast password cracker, currently available for numerous flavors of Unix, Windows, DOS, BeOS, and OpenVMS. Its primary purpose is to detect weak Unix passwords. Besides several crypt(3) password hash types most commonly found on various Unix flavors, supported out of the box are Kerberos AFS and Windows NT/2000/XP/2003 LM hashes, plus several more with contributed patches.

6. Wireshark: Wireshark is a network traffic analyzer, monitoring software that allows you to see what traffic flows through your system network. It is open-source and is the most popular network analyzer in the world. Network administrators and professionals mainly use it to troubleshoot network and system performance issues and monitor and filter different network protocols.

The tools used in a White-box Penetration Test are not much different from those used in other penetration tests, but the methodology used to use these tools differs greatly.

One of the best ways to avoid a cyber attack is to hire a specialized security firm to assess your business’s vulnerabilities and provide a detailed report with recommended solutions.

At Astra, we continuously update our skills, abilities, and knowledge of the latest threats, attacks, and vulnerabilities. We use various industry-leading tools, including our proprietary tools, to perform penetration tests.

Get in touch with an Astra-naut and keep your data and assets secure from hackers.

White box penetration testing is a valuable part of your overall security strategy, as it helps you to avoid the mistakes and oversights that can leave your company vulnerable to hackers. At Astra, our security engineers make sure that not only your but your customer’s data is not at risk. What are you waiting for? Get in touch with us today.