A Deep Dive into Different Types of Penetration Testing 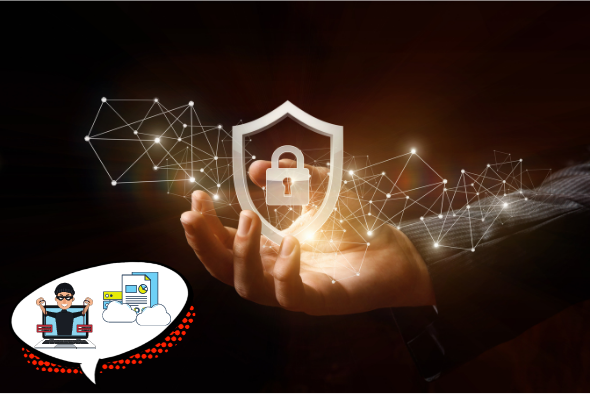 The internet has been around for a good few decades now, and with technology advancing at a pace, a lot has changed in a short space of time. The internet was once a place with a few websites and many chat rooms, but now it is a part of daily life and a more significant part of the economy. Nowadays, the internet is used for many different things, from banking to complex blockchain apps. With this growing technology, the need to keep them secure is also increasing, and this is where the lack of Penetration Testing comes in.

Penetration testing is the process of using several techniques and methodologies to evaluate the security of an application, network or computer system, or any IT asset. Penetration testing is used to test the resilience and resistance to standard and advanced attacks. It helps reveal all possible vulnerabilities and loopholes that a hacker can exploit.

Even the tech giants such as Microsoft, Zoom, Twitter recently faced data breaches. The data breaches are not limited to web applications but include mobile apps, blockchain apps, and cloud apps. No technology is secure from hackers or cybercriminals. The need to secure different types of applications is at its peak.

Why is Penetration Testing necessary?

These days, everyone needs to be worried about cybersecurity. Just about anyone can be hacked, and there are many cybersecurity threats. Unlike traditional threats, like natural disasters, you can’t predict when you might be hacked. So, it’s helpful to be prepared, which is why performing regular pentests is essential.

Penetration testing is a security evaluation technique used to identify vulnerabilities in a computer system, network, or web application. These identified vulnerabilities are patched before a hacker or cyber-criminals can find and exploit them.

These days, it’s almost impossible for businesses to avoid the acronym PCI. Not only is it a widely used acronym, but it also stands for something vital: Payment Card Industry Data Security Standard. Most compliances such as PCI DSS, SOC2 Type I, Type II have an essential requirement of performing a proper pentest.

It is no longer enough to have a good business idea, a well-designed product, and a clear marketing strategy in the internet age. To survive in the market, a company must protect its customers and their data from cybercriminals who can use it to steal confidential information.

4. Save the cost of a data breach

A minor Data Breach can cost millions of dollars, and this can only be prevented by keeping your infrastructure and your application secure by conducting regular pentests and awareness training.

What are different types of approaches to perform a penetration test?

Black box testing is a method of evaluating the security of an application or system. The penetration tester has no information about the system, not even the operating system or application type. The tester must use the same tools and techniques that a hacker would use to attack the system.

White box pen testing is a method of penetration testing where the tester has complete knowledge of the source code and environment. White box testing is based on how the program works, not by exploiting any vulnerabilities in the code.

Gray box testing is typically done in the early stages of a program to assess what types of vulnerabilities could be present and how much information an attacker could potentially receive.

What are the 6 significant types of penetration testing?

This type of testing aims to find holes in the system that outside parties could exploit. Network penetration testing is performed on the network infrastructure, also known as the backbone of the network.

Mobile Application Penetration Testing is a process of testing a mobile application for security vulnerabilities. The goal of penetration testing is to find weaknesses in mobile security and report them to the developers.

The scope of testing varies from functional testing to security testing. Penetration testing has evolved significantly as the number of mobile devices and users has grown, for example, android and iOS penetration testing.

Web application penetration testing is a process of figuring out the possibility of a hacker or a group of hackers gaining access to your web application. It is done to expose your web application’s vulnerabilities and prevent data breaches, identity theft, financial loss, and other negative consequences.

The penetration tester usually tries to break the web application by looking for vulnerabilities such as SQL injection, cross-site scripting, and cross-site request forgery. The tester then identifies the vulnerabilities and checks if they can be used to gain access to information or control of the web app.

An application programming interface (API) is a set of tools and standards that allow applications that can communicate with each other. APIs enable a developer to create a customized experience within a given app.

Blockchain is a distributed database that maintains a continuously growing list of ordered records called blocks. Each block contains a timestamp and a link to a previous block. Blockchain databases are spread across a network of computers.

4 things to consider while getting a penetration testing contract

Below mentioned are 4 things to keep in mind while getting a penetration testing contract:

1. Make sure you have a proper plan & scope

It’s essential to have a proper plan to perform penetration. This pentest plan is handed over to the team of penetration testers before conducting a pentest. The strategy usually includes what time the automation scanner is allowed, how much load testing is permitted, which all hosts can scan, etc.

Why Astra’s pentest suite is a perfect fit?

We at Astra understand how vital your and your customers’ data is. Astra’s automated scanners come with more than 2600+ tests which keep not only your but your customer’s or client’s data secure too.

Penetration Testing at Astra is not limited to automated Scanners; skilled and trained security professionals manually test applications to ensure no security risk is left untouched.

Check out features of these 3 tools from Astra to keep your company secure from hackers.

Still not sure how to proceed? Get in touch with us and let us handle the rest.

1. What is penetration testing and its types?

2. What Is The Primary Purpose Of Penetration Testing?

The primary object of a penetration test is to identify critical vulnerabilities and understand their impact and cure.

This post is part of a series on penetration testing, you can also check out other articles below.