The Tell-All Hacker Report For You 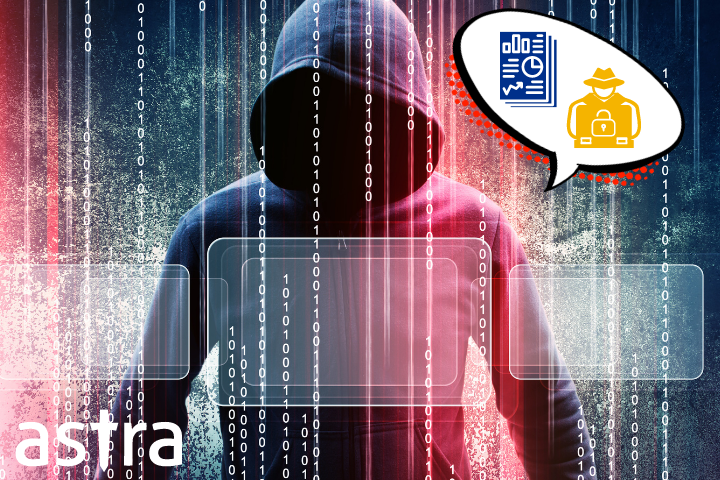 The last few years have seen unprecedented growth and an increase in the number of hacks reported by organizations in every sector.

This has been driven largely by the pandemic, and the subsequent shift from office culture to working from home, making nearly all processes as virtual as possible. This shift has increased the chances of a hack by 20%, brought about by a host of vulnerabilities that were advantageous to hackers who readily exploited them.

This hacker report will elucidate the reasons for hacking, common targets, events after hacks, top vulnerabilities that facilitate such events, best practices, and lastly, the future trends in hacking. Let’s dive in!

Let us take an in-depth look at some of the factors that motivate hackers to carry out attacks on their targets to gain sensitive information.

Around 76% of hackers are in it to make money through bounties by profiting off of stolen sensitive information like healthcare patient records, social security numbers, ID proofs, prescriptions, and more.

Financial gains are aplenty when they gain access to one’s bank accounts, and passwords, or through holding private information of yours for ransom.

They can take out bank loans, transfer funds from your bank account, and more putting you and your financial security at total risk.

With the ever-increasing reliance on electronic gadgets for banking like mobile phones and internet banking, such incidents are becoming more common.

85% of hackers carry them out not for malicious purposes, but rather to learn the process and also expand their skill sets. Such activities can not only help them advance their skill sets, but from an ethical POV, they can help in the discovery of vulnerabilities.

In this scenario, the hackers don’t care for the money or about bringing about any ill effect, rather it’s all about discovering any vulnerabilities that could result in major hacks, breaches, or data leaks.

There was nearly a 63% increase in the number of vulnerabilities found by hackers in 2021.

Such hackers provide their services to organizations to protect and defend their data, applications, and services.

Some of the industries that are commonly targeted by hackers are healthcare, government organizations, finance, education, and research among others.

The Healthcare sector saw a 60% increase in attacks from 2021 with an average of 1426 attacks per week. Healthcare organizations like hospitals, pharma companies, and research centers are increasingly becoming favored targets for hackers due to their having a gold mine of valuable personal information. 30% of most data breaches occur in large hospitals with a record of exposing patients’ private health information.

Government data often ends up getting stolen for financial gain and or espionage. Sensitive government information can be worth quite a lot since this can be military based, based on highly confidential research, or emails containing sensitive crucial information.

Security incidents in the government sector experienced exponential growth in 2020. But authorities are actively trying to improve their cybersecurity and taking actions to prevent cyberattacks, especially government-sponsored ones.

The average cost of a data breach and hacking for critical infrastructure organizations was put at $4.82 million dollars. Insider threats account for approximately 30% of all cybersecurity incidents in government departments and organizations.

Around 44% of data breaches in the financial sector or insurance sector can be due to insider threats.

Educational institutions like universities, colleges, and even schools are increasingly facing cyber threats when compared to previous years.

This was accelerated by the onset of the pandemic which introduced a shift in the medium of classes from offline to online.

Breaches in the educational system can lead to the divulging of license or passport information, accounting information, social security numbers, and more.

Events After A Hack In Detail

This section will shed light on what happens after a hack occurs on two fronts, i.e. what hackers do with the stolen information as well as what you should do once a hacking attempt has been identified on your systems.

What Do Hackers Do With Stolen Information?

It’s estimated that cybercrime earns cyber criminals approximately $1.5 trillion every year. This is additional to the damage that is caused by them to their targets which cost around $ 6 trillion in 2022 alone.

Hackers can do a variety of things with stolen information, and none of them are good. At 18% hacking was the second top cause of loss in SMEs for incident cost. A prime example of this is when Yahoo experienced a data breach affecting nearly 1,000,000,000 individuals due to a malicious outsider who gained access through identity theft.

The information stolen is used to:

Now that we have seen some of the possible fallout events of a hack, let us see what needs to be done right after such an attack has been identified.

What Should You Do When You’ve Been Hacked?

The average cost of a data breach increased by 2.6% to $4.35 million in 2022 from $ 4. 24 million dollars in 2021. This brings us to the question, what can you do to minimize the damage from such an event? Or where to start to regain access to your accounts? Well here’s a brief list of things you can do when you’ve fallen victim to such an attack.

Now that we have seen some of the steps to be taken after the identification of a hack, let us see the top vulnerabilities that facilitate such events.

Some of the top vulnerabilities that compromise a computer, network, cloud, and mobile systems and leave them more susceptible to hacks are:

Poor IAM ( identity and access management) can lead to the wrong individuals being granted access to sensitive information. This is where proper authorization and authentication play a crucial role since they can help prevent unauthorized access.

This is especially concerning when access is still available to previous and inactive employees. Lack of role-based access is yet another reason for such a risk to arise.

This includes injecting malicious codes into the SQL servers (SQL injections) or into the browser via  (Cross Site Scripting) which can result in the loss or manipulation of sensitive data.

This includes using software or systems that haven’t been regularly or properly updated, running unnecessary software, or buggy applications. This can be prevented with continuous monitoring and testing of applications.

These are some of the vulnerabilities that can result in your applications, and or systems being compromised with ease. Take steps to ensure that these vulnerabilities are identified and remediated on time.

Here’s a list of the best security measures that can help protect your assets from falling prey to a cyber attack.

Do not use old passwords or passwords that are easy to guess like the date of birth and or names of family members. Set different passwords for each and every account rather than rinsing and repeating the same old ones.

Shred or destroy any and all documents containing sensitive information that isn’t in current use. Wipe old computers and mobile devices, USBs, etc before scraping them or selling them.

Enabling two or multi-Factor Authentication can drastically help reduce and avoid falling prey to cyber-attacks. This is because the data obtained through phishing or hacking if successful becomes redundant due to the further authentication steps in place.

Opting for a well-established and experienced cyber security software can help in the detection and blocking of such phishing or hacking attempts thereby keeping the company and its data secure.

Giving company employees regular training on secure data handling practices, tips to look out for in recognizing phishing emails, having a top-notch security system in place for their devices, and other similar measures can drastically reduce the chances of being a victim of a hack.

Always be cautious about e-mails received. Check for spelling mistakes, immediate requirement subject lines, company details, whether an email has previously been received from the same address, is it trustworthy, these are some of the questions and points that one should take note of when checking emails that look suspicious.

This article has given you a detailed hacker report with relevant data to back it up. Along with this, it has broken down the statistics of hacks based on the industries affected, the intent of the attack, events followed after a hack, and more.

Deploy the steps mentioned in this article to stay ahead of any attempts at cyber attacks with ease and without worry.