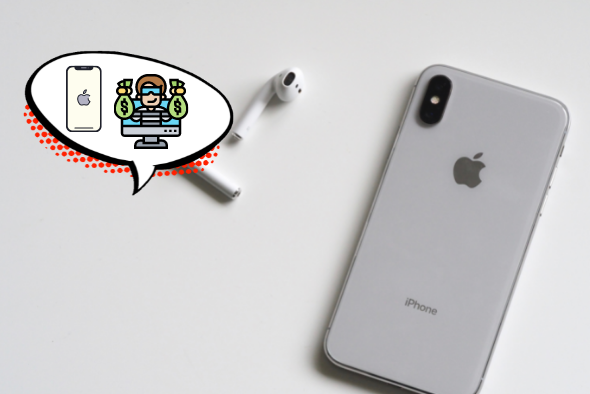 With the advent of technology, the number of mobile phones has increased manifold in the past decade. The number of mobile phones is growing at a tremendous rate, and so are the the applications running inside these mobile phones. The modern world has become mobile-centric. Apple’s iOS mobile operating system held around 14.1 percent of the global smartphone market share in the second quarter of 2021. There are more than 900 million active iPhones globally, and the Apple App Store has more than 2.22 million available iOS devices.

This means that there is a massive potential for cybercriminals to exploit security vulnerabilities and attack these devices. This is where iOS penetration testing comes in.

What is iOS penetration testing?

Insecure iOS applications have been a serious concern for a long time. Due to the popularity of these apps, the insecurities have also similarly increased in number.

The OWASP Mobile Security Project is a centralized resource intended to give developers and security teams the resources to build and maintain secure mobile applications. This project aims to address the current need for developers to create mobile applications that also include security, as it is crucial for users to know that their sensitive data and access credentials are protected.

According to OWASP Mobile Security Projects, the following is the list of vulnerabilities most commonly found in mobile devices.

All apps are running on the iOS run in a sandbox. App sandbox protects your app from other apps trying to make unauthorized access to any data you might be storing, such as passwords, payment information, and personal data like photos. No other app can read or modify this data. That’s what sandboxing is all about!

iOS has always had a way to protect sensitive data on the device. But now that it is now possible to access this data via the Data Protection API, it is now possible to build apps that can protect their data with encryption, even when the app is not open. This is an essential step for iOS, but it is only one step towards full-device encryption.

Why is iOS Penetration testing necessary?

iOS applications are becoming more and more complex, with several different frameworks, layers of security, and features. This makes it very difficult for anyone to know the vulnerabilities in an iOS application before it is released. iOS penetration testing is used to find security flaws in applications that can be exploited or lead to vulnerabilities.

iOS penetration testing is an essential part of any security audit. This is because of the nature of the devices and the use of the applications. iOS penetration testing allows you to test all the security aspects of the applications and verify that they don’t have any security loopholes. This will enable you to confirm that your application is free from any security vulnerabilities. Some of these vulnerabilities will allow attackers to perform data theft, information leakage, and even sensitive data theft, which can be disastrous for the business.

What is iOS Jailbreaking? Why do you need that?

The word jailbreak has come from the words jail and break. Jailbreaking is a popular term used by Apple users. Jailbreaking refers basically to removing limitations from Apple devices such as iPhones or iPads. Jailbreaking gives you access to features not allowed by Apple. These include installing new third-party apps without having to go through Apple’s App Store, downloading music for free from non-approved sources, or being able to customize your device so that it appears exactly how users want.

To perform an iOS penetration test, you need to jailbreak the phone. Jailbreaking is of multiple types. Let’s understand all of them in detail:

Untethered jailbreak is a type of Jailbreaking in which the device remains jailbroken even after rebooting the device. This is also known as permanent jailbreak.

Untethered jailbreak is a type of Jailbreaking in which the device gets back to normal after rebooting the device. This is also known as temporary jailbreak.

iOS penetration testing is performed to examine the security of an application, which involves both the server-side and the client-side components. While doing iOS penetration, four major areas need to be tested.

Most of the applications communicate with the server using Clear text transmission, such as HTTP, so attackers or hackers can steal the sensitive data in transit.

The term “code modification” refers to the unauthorized modification of executable program code. When the modification is made to malicious code (i.e., code designed to disrupt, destroy, or gain unauthorized access), the resulting software is known as malware. Attackers usually re-sign the applications and publish the malicious version to third-party app marketplaces.

3A’s of Information Security are Authentication, Authorization, and Accounting. Proper implementation of authentication and authorization is an essential part of every development process. Insufficient access controls lead to various security vulnerabilities that are not usually detected by automated scanners.

iOS penetration testing is more complex than Android penetration due to complex iOS application architecture, but the pentest methodology remains the same.

In the third phase of penetration testing, the team starts getting into the application. Real-time attacks are launched to understand the behavior of the application. Publicly available CVE’s for known components are also tested in this phase.

In the fourth phase of iOS penetration testing, the team prepares a summary of attacks that were launched along with a list of CVE’s that were exploited. The report also contains the steps to reproduce and fix the vulnerabilities to help the development team.

Secure Coding is a must while developing applications nowadays. Following are the top 5 best practices for ios application security:

1. Encrypt all the data

Encryption is one of the essential parts of security for any app. The thing is, encrypting data is not enough. To protect the customers using the iOS application, every single unit of data exchanged over your app must be encrypted. This includes any information that is being sent through your server or your APIs.

Tampers are used by hackers to alter the code of your application. The aim is to inject their malicious code into your application. This code can be used to steal information from your application or even to take over your servers. Tampering is undoubtedly not a new problem in the IT world, but it has gotten more attention in the last few years after discovering the first high-profile attacks. The most common way of detecting tampering is by looking for the changes in the application’s source code.

HTTPS, or Hypertext Transfer Protocol Secure, is a protocol for secure communication over a computer network. The primary goal of HTTPS is to provide privacy and data integrity between two communicating computer systems. It guarantees that the information is not altered or intercepted while in transit between two systems. This protocol is primarily used on the servers for secure transactions.

Penetration testing on iOS is more complex than it would be on other platforms. iOS penetration testing is complicated because of the vast range of devices, iOS versions with different security levels, and various vulnerabilities.

Astra is a team of professional security experts that help you with the tedious task of finding security vulnerabilities in your iOS application. We understand the importance of securing your applications, and we make sure that none goes unnoticed. The best part about it is that you don’t need to know all the technical aspects of security testing. All you have to do is provide us with your application, and we will test, discover and report all the risks in your app.

iOS penetration testing is a valuable asset in any organization planning to launch an iOS application or already own an application. By hiring a firm specializing in this type of security, you help your organization protect its valuable data and information. If you are looking to do an IOS penetration testing service, get in touch with the professionals at Astra today.