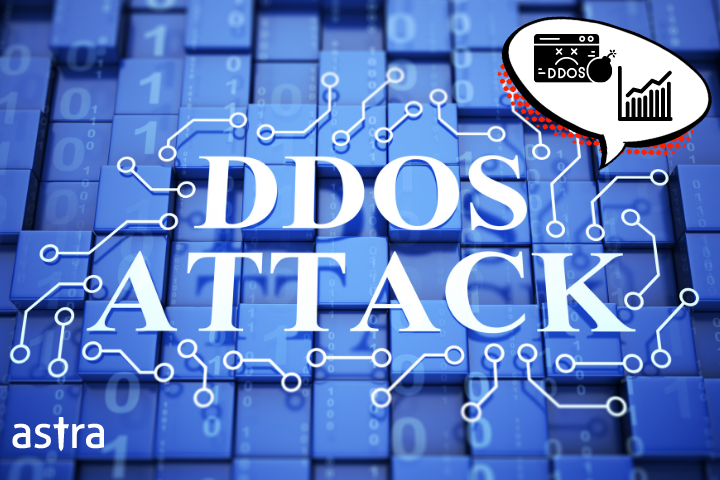 DDOS attacks are becoming increasingly more frequent, and there doesn’t appear to be any signs of slowing down. In fact, according to recent studies, DDOS attacks are expected to increase by over 300% in 2023. This is a major concern for businesses and individuals alike, as these attacks can cause serious damage to both personal and business-related websites.

This Blog Includes show
Top DDoS Attack Statistics 2023
What is a DDoS Attack?
The movements of DDoS attacks have been quite convoluted over 2022
The 2017 Attack on Google
The 2018 Attack on GitHub
The Time of DDoS
The Attacks Kept Getting Bigger
Region-Based DDoS Attack Facts
DDoS Attacks Around the Ukraine War
Anti-Russia Hacktivists have Responded in Kind
The Cost of DDoS Attacks
During a DDoS attack, every minute of downtime costs $22,000.
Multivector DDoS attacks are the norm
Steps to Take to Prevent DDoS Attacks
Create a DDoS Response Plan
Ensure High Levels of Network Security
Continuous Monitoring of Network Traffic
Regular Vulnerability Scans and Penetration Testing
Bottomline
Was this post helpful?

In this article, we will take a closer look at DDOS attack statistics 2023 and what you can do to protect yourself from these devastating assaults.

2022 saw some extraordinary DDoS attacks, especially in the third quarter. The world witnessed several record-breaking and ultra-ambitious attacks. These attacks are often politically motivated and can be launched from multiple geographies at the same time.

On June 1 an attack on a Google Cloud Armor customer broke quite a few records.

Before we move forward with more DDoS attack statistics, let us quickly brush up on our knowledge of DDoS attacks.

What is a DDoS Attack?

A DDoS attack is when someone sends a ton of internet traffic to one specific server or network in an attempt to overload the system and cause normal service to be interrupted.

DDoS attacks are successful when they involve many different hacked computer systems that act as sources of traffic for the attack. These machines can be regular computers or other internet-connected devices, such as IoT devices.

Imagine a busy highway with all of a sudden, too much traffic trying to get on it at once. This is what a DDoS attack does; entirely flooding the server so that no incoming/regular traffic can access it.

The movements of DDoS attacks have been quite convoluted over 2022

Since DDoS springs from various socio-political motives, global politics and economics often contribute to the attack patterns. The following are some interesting bits from Cloudflare’s DDoS threat report.

There are some unbelievable deviations from this pattern in certain geographies.

On October 17, 2020, a report by Google cloud revealed that they had stopped a massive DDoS attack in 2017.

The attack on GitHub on 28th February 2018 employed the Memcached DDoS method where instead of using botnets, the hackers used a database caching system to amplify the attack.

The Time of DDoS

The Attacks Kept Getting Bigger

In February 2020, an AWS customer faced a massive DDoS attack that exploited a vulnerable CLDAP server and launched an attack that amplifies the amount of data sent to the victim’s IP address by 50-70 times.

In November 2021, Microsoft had to contend with a Distributed Denial of Service (DDoS) attack targeted at an Azure client. The attack was massive by all means.

There’s no way to tell if these attacks were motivated by the potential merger of Microsoft and Activision Blizzard.

DDoS Attacks Around the Ukraine War

There has been a lot of give and take in the cyber front between Ukraine and Russia over the last year. For instance, a pro-Russian group of hackers has been active since January 2022 and has taken responsibility for a bunch of attacks.

Anti-Russia Hacktivists have Responded in Kind

The Cost of DDoS Attacks

During a DDoS attack, every minute of downtime costs $22,000.

Multivector DDoS attacks are the norm

To launch a DDoS attack, botnets are typically used to target a single server with requests from various locations.

To ensure your staff members are responsive and efficient if a DDoS attack arises, it’s critical to create an incident response plan that outlines:

The following are types of network security that can protect your business from DDoS:

The advantages of using continuous monitoring (CM) to analyze traffic in real-time are as follows: CM provides an objective and expedient method for detecting early signs of DDoS activity.

The CM tool can be configured to either automatically contact administrators if a problem arises or follow prescribed scripts in response to an issue.

Distributed denial of service attacks are common and their effects can be devastating. As a CISO, or CIO it is your responsibility to keep any possibilities of a DDoS attack at bay – if there is a vulnerability, it will be exploited at some point.

The best course of action for you would be to partner with a security solution provider like Astra Security which can offer you deep insight into your security posture, detect vulnerabilities and help you fix them, and at the same time help you set up solid preventive security measures to thwart any attempt by malicious actors to launch a DDoS attack in 2023.