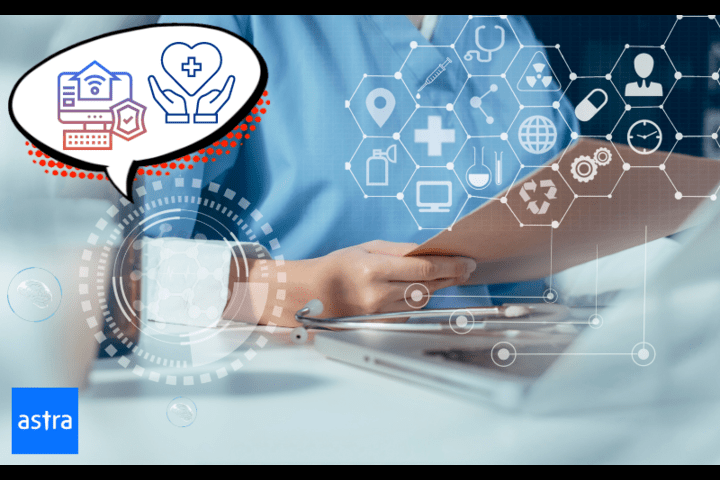 The Healthcare sector has been increasingly under scrutiny for implementing, updating, and maintaining its cybersecurity measures in this increasingly risky world.

With hospitals now experiencing the largest number of data breaches continuously for the past 12 years, it is high time to take an in-depth look into the statistics revolving around it.

Coming to the end of the year now is the apt time to reflect and ponder on the implications of data breaches that have been plaguing the healthcare sector. In this article, we aim to analyze and study the compiled healthcare data breach statistics 2023.

Data Breach Statistics Based on Type of Incident

The most common causes of data breaches in the healthcare industry are phishing attacks, ransomware attacks, and business email compromise attacks (BEC).

Here are some of the major healthcare data breaches that occurred over 2022.

OneTouchPoint reported a massive data breach that affected over 1,073,316 individuals in mid-July of 2022.

The breach occurred due to unauthorized access to certain servers that contained information such as names, member IDs, and data from health assessments.

More than 35 different organizations were affected by the breach including Anthem ACE, Geisinger, Kaiser Permanente, and Humana.

Novant Health reported that a misconfiguration in Meta pixel code potentially led to the unauthorized disclosure of protected health information (PHI) of 1,362,296 individuals.

Meta, Facebook’s parent company faces two lawsuits in lieu of this since the evidence was found that improper configuration of Meta Pixel has led to the disclosure of sensitive information to Meta.

Novant Health notified its patients and physicians and facilities regarding the possibility of information disclosure. However, there was no reported usage of the disclosed information by Meta or any third party.

Broward Health based in Florida reported a data breach affecting 1.35 million people on January 2nd of 2022.

It was reported that the breach occurred through gaining access from a third-party medical provider.

An unauthorized party gained access to certain systems that contained personal information and took some data between March 31 and April 24.

The information may have included dates of birth, Social Security numbers, health insurance information, other medical data, and billing and claims information.

Singapore-based Farrer Park Hospital had a breach that spanned over two years between March 8, 2018, and Oct 25, 2019. The confidential medical information of 2000 individuals was automatically forwarded to a third party.

The hospital notified the commission about the breach in July 2020 after receiving a complaint in October 2019.

Among the 3,539 past, present or prospective patients whose personal data was leaked, 1,923 people had their medical information disclosed as well.

This science center was hit by a data breach due to a hacking incident that was reported on June 7, 2022. The breach affected over 1,29 million people.

Some of the records included names, birthdates, Social Security numbers, and other medical record data.

Anthem disclosed on February 2015 that criminal hackers broke into its servers stealing over 37.5 million records that contain personally identifiable information.

This article has provided a detailed compilation of healthcare data breach statistics for 2023. It has included relevant statistics revealing the costs of a data breach, specific incidents, and general healthcare cybersecurity statistics that one needs to consider.