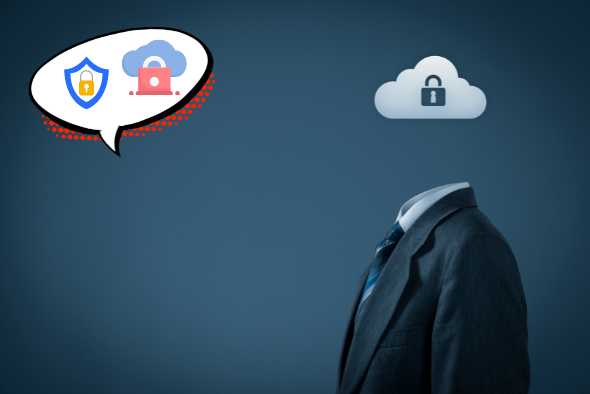 Cloud computing is one of the fastest-growing trends in information technology. It refers to the Internet servers used to store, analyze, and process data for companies rather than on an organization’s on-premise servers. As technology companies continue to develop cloud technology, they also educate small businesses about the cloud. In this blog, we will take a look at Google Cloud Penetration Testing in detail.

From small businesses to large brands, everyone is talking about Cloud Computing. And with the hype surrounding the cloud getting bigger, it has become essential for companies to understand how to keep cloud infrastructure secure.

For penetration testing services to be effective, it needs to be comprehensive. That means testing not just the application but also the underlying cloud infrastructure. It also means testing the whole system, including the cloud, to ensure there are no weak spots.

The importance of google cloud penetration testing is not limited to this; here are few more points to understand the purpose of pentest:

We all know that the Google Cloud Platform is becoming more and more popular in the industry. Google has become one of the big three cloud service providers. Although AWS and Azure pentest needs permission but Google never stops any google cloud user keeping in mind they follow the guidelines.

If you plan to evaluate the security of your Cloud Platform infrastructure with penetration testing, you are not required to contact us. You will have to abide by the Cloud Platform Acceptable Use Policy and Terms of Service and ensure that your tests only affect your projects (and not other customers’ applications).

Make your SaaS Platform the safest place on the Internet.

What are 3 different types of Google Cloud Pentest?

Google Cloud Penetration is considered to be of 3 different types similar to traditional penetration testing. Let’s understand the types of google cloud pentest in detail:

List of GCP controls to be tested for security

According to a survey by helpnetsecurity, more than 35% of organizations suffered a serious data leak or a breach in the past 12 months, and eight out of ten are worried that they’re vulnerable to a major data breach related to cloud misconfiguration.

Let’s understand the top 4 controls that need to be tested while doing google cloud penetration testing:

Privilege escalation attacks are one of the most severe threats to any cloud infrastructure. It enables the attacker to compromise high-level accounts and other security mechanisms by targeting the access level controls (ACL). It can ultimately result in the attacker gaining complete control over the system. Hence, testing for access level against attacks such as privilege escalation is important.

Inbound ports are also one of the major controls of GCP that needs to be tested while pentesting your GCP infra. Here the inbound ports can be secured by enforcing inbound VPC firewall rules to block unwanted traffic from the Internet to your internal cloud instances. Inbound firewall rules include ICMP, IPv4, and IPv6 traffic andare created to block certain types of traffic or specific ports.

Storage Bucket is a scalable storage service that offers developers and enterprises a variety of features to store and retrieve any amount of data, at any time, from anywhere on the web.

When applications no longer need access to your data, they should revoke their authentication credentials. You can do this for Google services and APIs by logging into your Google Account Permissions, clicking on the unneeded applications, and clicking Remove access.

Many companies are not using any of the monitoring tools available to monitor application logs. In all cases, you need to enable logging and monitoring on servers that have been provisioned by google cloud.

First things first, you need to have a proper plan on how things will work during the pentest, what all resources are to be tested. Should the pen-testers exploit the vulnerability, or should they notify you first? These all things need to be written down in a proper document and then shared with the penetration testing team before conducting a google cloud pentest.

No one wants the production environment tested because the whole organization’s ecosystem will be down if something happens. It might take hours to fix that up, depending upon the attack vector. Most companies create staging or test projects in the google cloud platform for cloud pentest. Still, the most important thing to remember is that the staging environment must be a production replica.

Depending upon the type of pentest that you are conducting on your cloud infrastructure. You need to give proper access controls to the pentest team to access the appropriate resources such as GCP App Engine, Compute Engine, etc., for the penetration testing.

Last but not least, notify your customers that you are undergoing google cloud penetration testing, which might lead to an outage of the database or any other resource. Although there’s always a different environment for penetration testing, there can always be a chance that both environments share a shared resource such as Storage Bucket, etc.

The primary aim of the evaluation stage is to examine the security of an organization’s IT infrastructure in the cloud. The penetration testers look at the existing cloud infrastructure during this stage to determine whether it can be compromised easily.

Furthermore, The penetration testers test the cloud infrastructure using various manual and automatic security testing techniques to find the loopholes within the system.

The final step of google cloud penetration testing is the same as that of every pentest. The pentester team generates a detailed list of IP addresses scanned during google cloud pentest and the list of vulnerabilities found on the target IP addresses. The report also contains steps to reproduce and fix the issues, which are shared with the development or DevOps team.

Following are some of the most-used open-source tools for google cloud penetration testing:

The process of finding security vulnerabilities in Google cloud infrastructure is a complex task. It requires a tremendous amount of experience and expertise.

Astra is not just an ordinary security provider. It’s more than that. Astra is a team of highly professional and fun individuals that work hard to keep your cloud infrastructure safe and secure from hackers and cybercriminals.

Read Also: Everything you need to know about Astra’s Cloud Security Audit

Have any questions or suggestions? Feel free to talk to us anytime!

We are also available on weekends 😊
Schedule a meeting
Check pricing

As cloud computing becomes more popular, most businesses’ most common security concern is how secure their data is in the cloud. However, this popularity comes with a price: the more popular a platform is, the more likely hackers will target it. Google Cloud penetration testing is a vital part of your security strategy. Astra’s Google Cloud penetration testing will help you identify security vulnerabilities and weaknesses in your infrastructure and allow you to fix them before malicious attackers do.

1. What is the timeline for GCP pentesting?

It should take no more than 4 to 5 days to perform Google cloud penetration testing. The vulnerabilities start showing up in Astra’s intuitive dashboard from the 2nd day.

2. How much does penetration testing cost?

Penetration testing in Google cloud costs between $490 and $999 per scan depending on the plan you are on.

Yes, you get 1-2 rescans depending on the plan you are on. You can use the rescans within a period of 30 days from initial scan completion even after a vulnerability is fixed.