A distributed denial of service is a cyber-attack which aims at deranging the normal functioning of a server by flooding the targeted website with malicious traffic. As a result, the server becomes unavailable to users and your website faces downtime.

If defined plainly, distributed denial of service or the DDoS attack is an elaborate and powerful cyberattack designed to disrupt a website’s traffic.

The overwhelming traffic, in a DDoS attack, comes from many different sources. That is, from a deluge of messages, requests for connections, or fake packets. This malicious digital plague will play havoc with any susceptible server.

What is a DDoS Attack?

A DDoS attack cuts access to the website by overwhelming the machine network with fake traffic and thus preventing the intended users from using it. To achieve this, attackers utilize multiple computer systems as the source of this traffic.

A DDoS attack is a variation of a DoS attack, which stands for denial of service. The main difference between these two methods is that, to conduct a DoS attack, a hacker doesn’t need to use many sources of traffic to flood the website, sticking to one network source. But gaining control of a number of systems, which is what a DDoS attack relies on, makes it more effective and faster to hack a website.

To make a DDoS attack, a perpetrator needs to get access to a network of online machines. These machines are infected with specially designed malware that turns them into bots. Then, the hacker gains control of a group of such bots called a botnet. After a botnet is created, the perpetrator can attack the machines by giving the bots instructions. The attacker provides the botnet with the targeted IP addresses, making each bot flood the server with superfluous requests.

What Are the Symptoms of a DDoS Attack?

The range of capabilities of a DDoS attack is so tremendous that its impact varies from a minor shortcoming in a website’s performance to its total corruption. The attacker is able to conceal the activity of this dynamic attack, making the user and the website owner think that the problem they’re dealing with is just a temporary malfunction that can be easily dealt with. For this reason, being familiar with the most common signs of a website being harassed by a DDoS attack is one of the essentials every webmaster should know.

As a powerful and impactful digital phenomenon, a DDoS attack can be of several types. They fall into three major categories.

This type of DDoS attack sends an immense volume of TCP, UDP, and ICPM packets to the targeted website.

This type overwhelms the service with tons of junk data. As a result, the service loses network bandwidth and equipment resources.

These attacks are based on application-layer messages that can deplete resources in the application layer and thus make the service unavailable.

More specific types of DDoS attacks correspond to network connection layers. Now, let’s view these types in relation to each of these layers.

Application layer – the aim of disrupting this layer is to exhaust the service’s resources.
Protocol layer – by attacking this layer, the hacker brings down the available state table capacity of the server.

Volumetric layer – hacking this layer requires the attacker to create congestion by using up all bandwidth between the website and the larger internet.

How You Can Stop a DDoS Attack

A DDoS attack is a dangerous and frustrating hangup for modern business. In the online business industry, people think of DDoS as a result of heated competitiveness. The DDoS attack is being widely adopted by the masterminds these days. Being aware of its main symptoms and manifestations is the key to protect your website.

As one of the most effective solutions to fighting this virtual malice, Astra security provides infallibly robust protection. Its cutting-edge firewall leverages DDoS layer 7 protection on your website and combats any malicious activity detected. Astra firewall ensures the website’s total security.

Aside from its strong protection feature, Astra is able to remove malware in just one click thanks to its hyper-smart malware scanner.

This is a guest post by Kelly Pethick. Kelly is a loving mother of an amazing girl and an excelling writer at academic writing service. 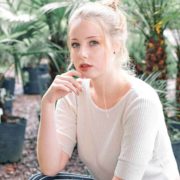 Kelly Pethick is a loving mother of an amazing girl and an excelling writer at academic writing service. She takes pride in being able to balance her professional endeavors and motherly accomplishments, doing her best to disseminate the knowledge in how to do this properly. Kelly is also an avid reader of cybersecurity.