What is Website Security And Why Do You Need It?

For instance, setting strong passwords on your website, using a firewall, getting an SSL, ensuring PCI-DSS, etc. all come under the big umbrella that is website security.

According to a study, there is a cyber attack every 39 seconds on average. Most of these attacks are due to non-secure passwords and usernames. Moreover, specifically targeted attacks on websites, (for e.g. malware & DDOS attacks) have kept the cybersecurity teams on their toes.

With attackers waiting to get their hands on your website, website security is the most inevitable responsibility today. As we can see the war between the cyberattackers and cybersecurity systems is on. We decided to shed some light on the importance of website security. In addition to that, we will also discuss the common threats that your website faces online.

Website security is mission-critical for protection for website data security and services. Websites are often scanned for phishing attacks and malware through web-security software. Vulnerabilities like backdoor hacks, redirect hacks, back sectors and malicious downloads can be detected through such scans.

Phishing contributes to millions of compromised credentials and comprises 90% of data breaches. Targeted emails, spoofed messages, and fake calls extract data from the users. Phishing has been a common weapon deployed by cybercriminals.

Even the most knowledgeable and educated person can fall prey to Phishing attacks. The John Podesta Emails was an example where a person of high political stature with the best possible cybersecurity resources was hacked.

Websites are Subjected to Two Types of Attacks:

Bugging a telephone line to tap a call is the most common thing. You might have seen this in movies and TV series. The sniffing attack is more or less the same. On the web, data are transmitted through the network in the form of packets. Attackers tend to bug the network through a network host or a hardware device to create a snapshot of these packets and sniff the traffic on any website.

More and more organizations are hiring developers that can prevent sniffing attacks.

How Sniffing Attacks are Executed?

The most common hardware device used for a passive sniffing attack is a hub, which receives traffic and retransmits all the traffic on other ports. A sniffer can sit at the hub and sniff the network, totally undetected. Nowadays hubs are not used much and that is where their replacements ‘Switches’ come in the picture.

Switches are devices used in place of the hub. It receives a CAM table, providing the mac address, where the network packet needs to be distributed. A sniffer will flood the switch with a large number of CAM requests, making the switch to be a hub that will transmit these packets to all the ports as it is legitimate traffic. This is known as an active sniffer attack.

As you already know, it is short for “malicious software.” Malware is a very common weapon used by hackers to steal sensitive data, distribute spam, allow access to your site, and more.

According to Statista, 13% of malware attacks were downloader attacks. Blockchain technology-driven coin miners had a contribution of 3% to the malware attacks. We are now experiencing new malware types such as network-based ransomware worms and deadlier types like wiper worms.

Mydoom is the most malicious virus ever witnessed by our world so far with economical damage of $38.5 billion. It is spread through spam emails. Once the user opens the email, it opens a backdoor into the user’s computer, allowing remote control of the computer, while also conducting a DDoS attack (Direct Denial Of Service) against the SCO group’s website (taken down by Mydoom in 2004).

DDoS is known as the nightmare of websites. It causes websites to crash and become inaccessible to users. DDoS is a DOS attack where multiple systems, infected with a Trojan, are used to target a single system.

Basically, it disrupts a target network by inducing huge traffic, big enough to make networks incapable to handle it.

A network connection on the Internet is structured with many different layers. The DDoS attack targets the layer where web pages are generated on the server and delivered as a response to several HTTP requests. A single HTTP request can be expensive for the target server to respond to. This is because the creation of a web page takes the loading of multiple files and the running of database queries. Such DDoS attacks are difficult to stop as it is hard to flag the traffic as malicious.

Website security is essential for your website’s existence. If your website happens to be infected, search engines will blacklist your website and bar it from the visitors.

Further, of all the content management systems, WordPress has been the most popular among attackers. There is no doubt that WordPress has worked hard to keep its core really secure. But, the same can’t be said about its plugins.

We have seen cases where attackers exploited vulnerabilities like disclosure of sensitive information, SQL injection, remote code execution, etc. in these plugins.

The most astounding fact is 98% contribution of third party plugins in malicious attacks on WordPress websites. This data is important as WordPress is considered one of the best Content Management Services(CMS) for website creation and SEO.

Economics of your website development can go in jeopardy if you are not vigil about your website’s security. According to Carbonite, the average downtime cost for a website is $427 per minute. 80% of small businesses have experienced downtime at some point, with costs ranging from $82,200 to $256,000 for a single event. So, this is for sure that investing in website security is worth more than spending money on data recovery and other legal hassles.

Global website security has seen new dimensions added to its domain. We have seen a soaring rise in burst attacks, insider threats and many such attacks. There is a new breed of phishing activity by the creation of new domains attached to the spam campaigns, which are almost undetected. The risks of various Operating Systems in the market through a multi-vendor environment is also increasing.

There are regulations like PCI, PSS, HIPAA, SOX and the latest GDPR (General Data Protection Regulation) that can be integrated with the websites to make it more secure. Then there are COBIT framework guidelines that should be implemented to render secure websites.

Have any thoughts about the article? let us know in the comment box 🙂 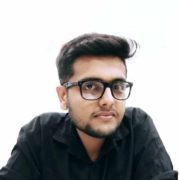 Manoj Rupareliya is a Marketing Manager at AppEmporio. He has been writing for various blogs. He has previously covered an extensive range of topics in his posts, including Business, Technology, Finance, Make Money, Cryptocurrency, and Start-ups.

With businesses becoming more tied to the internet, security measures have to be taken. Unfortunately, you hear all about these stories where businesses have their sites hacked into, information compromised, and the like. We tend to look so much at how to keep physical offices and work environments secure that the digital space goes unchecked. This was a good rundown on what to do.

Knowledge Base
COVID-19 Granting New Opportunities To Cybercriminals: How To Be Secure

Knowledge Base
How to Ensure Cybersecurity While Working From Home