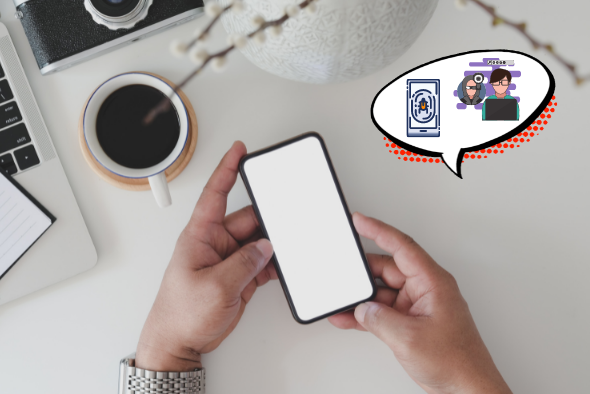 For a long time, android applications have been the most popular choice of users over desktop applications. The reason is simple – it is easy to use and user-friendly. Moreover, there is a wide variety of applications available for Android devices. Android purpose-built application development is one of the most prominent choices for business owners and mobile app developers since Android is the world’s most popular mobile operating system.

This Blog Includes show
Introduction
What is Android Penetration Testing?
Make your mobile application the safest place on the Internet
Understanding Architecture of an Android App
Why is Android Penetration Testing essential?
What is OWASP Mobile Application Security Project?
Make your mobile application the safest place on the Internet
SSL Pinning: What and Why?
Focus Areas for android penetration testing
5 Secure Coding Practices for Android Developers
Top 3 open source tools for android penetration testing
It is one small security loophole v/s your Android & iOS app
What is Astra’s Android Pentest Suite?
Conclusion
FAQs
1. What is the timeline for Android pentesting?
2. How much does android penetration testing cost?
3. What makes Astra your best choice for Android pentesting?
4. Do I also get rescans after a vulnerability is fixed?
Was this post helpful?

Insecure Android applications pose a threat to the users’ privacy and security. Moreover, such apps can also result in financial losses. This is mainly because of the openness of the Android ecosystem. Mobile applications are more vulnerable to cyberattacks than ever before. One of the best ways to improve the security of an android app is to perform android penetration testing.

What is Android Penetration Testing?

Android penetration testing is a process of finding security vulnerabilities in an android application. It is a systematic approach to searching for weaknesses in an Android app, verifying the app’s security, and making sure it abides by the security policies. It includes trying to attack the android application by using various methods and tools.

Understanding Architecture of an Android App

An APK file is an archive file, and its primary use is to distribute the application’s binary files to the end-user. The APK file is a separate file from the Android operating system. Applications are installed on Android devices through the APK file, which is installed on the device’s system partition.

Check out the architecture of a decompiled APK file mentioned below:

Why is Android Penetration Testing essential?

Some of the benefits of the android penetration testing are:

The Open Web Application Security Project (OWASP) has been a global charitable organization working to make the web a safer place.

Improper Platform Usage is a risk that is very important to identify. This is because it can have a significant impact on your data or devices. This risk involves the misuse of an operating system feature or a failure to use platform security controls properly.

This may include Android intents, platform permissions, the Keychain, or other security controls that are part of the platform.

Data security can be defined as the security surrounding any data that is stored or transmitted. Data of android applications are stored in various locations like servers, mobile devices, and cloud storage. All of these locations are susceptible to attacks by hackers. To protect the data from these attacks, the data needs to be stored securely.

Authentication is a mechanism to prove a user’s identity to a system. It is also a process of initializing and maintaining a “state” on the system (e.g. a session or a login state), which can be used to determine the user’s identity.

Weak authentication is one of the root causes of many security risks. Attack vectors such as authentication bypass, information disclosure via debug messages, session invalidation are typical examples of insecure authentication.

While cryptography is a fundamental part of any app that stores user data, there is a common misconception that cryptography can solve all security problems. Cryptography is just a tool that helps to protect the data from attackers.

If any weak point is found in the cryptographic implementation, an adversary can still access sensitive information. In this blog post, we will walk you through the most common cryptography mistakes and how to avoid them.

Authorization is a process that ensures that only authorized individuals who are allowed to access the data are performing the access operation. Authorization is a crucial aspect of the CIA triad. Many mobile applications have improper authorization implemented due to which low-level users can access information of any high privileged user.

Application code quality is the essential factor in ensuring the quality of the final product. As a developer, you should have several goals for your application. Many security flaws can occur in a mobile application, but the most common ones are SQL Injection, Cross-Site Scripting, and Buffer Overflows. The reason why these security flaws occur is because of the poor quality of the client code.

Code tampering is a process in which hackers or attackers exploit the existing source code of an application by modifying it with malicious payloads, which can lead to business disruption, financial loss, and loss of intellectual property.

The issue is usually found in the mobile apps that are downloaded from third-party app stores. These app stores are not associated with the official mobile application developers and usually distribute pirated apps.

SSL Pinning: What and Why?

The SSL pinning is a process of ensuring that the communication between the application and the server is encrypted using robust cryptographic algorithms. The communication is only possible if the server uses the correct certificate or Public Key.

Testing for storage of data in an android application is an integral part of android penetration testing. These tests should include:

While developing an android application, developers use different kinds of error or debug messages to understand different application-level errors. These error messages are usually left even after production.

Authentication and authorization are key areas to test while performing android penetration testing. These tests should include:

The process of obscuring code to conceal its purpose is known as code obfuscation. Obfuscation leads to a code that is difficult to reverse engineer. Obfuscation is used as a method of protecting intellectual property as well as for anti-tampering.

Communicating over HTTPs is not a new concept for the web. It’s something that should be standard practice for any business or company. The only problem with using HTTPs is that it isn’t an option everyone can use. It requires modification to your current infrastructure while it also requires you to re-enroll into your SSL certificate.

Secure android applications use data masking and password or biometric-based authentication to show or display sensitive data such as API Keys.

As discussed earlier, error messages can lead to the discovery of hidden functionalities of the application. To avoid these security risks, developers should use common error messages and remove the debug errors or logs once the app is live.

The issue here is that you have to make sure that the data stored in external storage hasn’t been corrupted or modified by anyone else.

Android penetration testing is done via the various number of tools but let’s check the top 3 tools that are usually used:

What is Astra’s Android Pentest Suite?

Astra’s pentest suite is a complete solution to all your security needs. Astra makes it easy to perform controlled attacks on android devices with an easy-to-use interface and a streamlined workflow.

At Astra, we understand your needs and keep them as our top priority while performing any penetration test. With new features like login recorder, and the GitLab integration, Astra is pretty unparalleled on the feature front.

1. What is the timeline for Android pentesting?

It takes no more than 7-10 days to complete android penetration testing. The vulnerabilities start showing up in Astra’s pentest dashboard from the 3rd day so that you can get a head start with the remediation. The timeline may vary with the pentest scope.

2. How much does android penetration testing cost?

The cost of Android penetration testing with Astra’s Pentest suite ranges between $349 and $1499 per scan depending on the plan and the number of scans you opt for.

3. What makes Astra your best choice for Android pentesting?