Red Teaming vs Penetration Testing – Which One to Choose & Why? 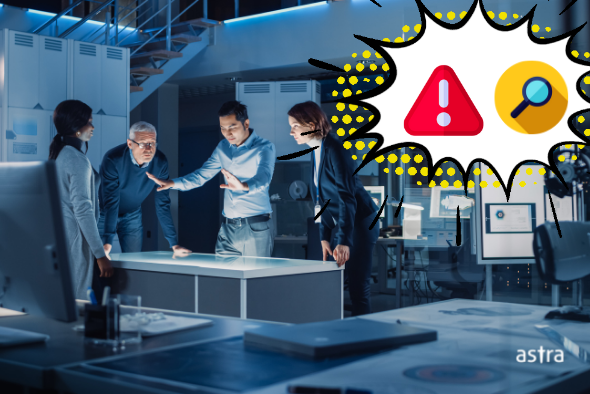 ‘Red Teaming’ was originally a military concept. It was first used to challenge biases and prejudices inherent in formulating defense security processes. Military services started hiring independent personnel skilled in critical thinking to call out the blatant flaws in these processes that otherwise appeared natural to the internal staff. This model was then replicated in government and political houses to highlight flaws in supposedly fine processes.

Soon, red teaming found its way into various other domains like – IT & computing, cybersecurity, control systems, physical security, counter-intelligence, and so on. Stakeholders were keen to test their system from an outsider’s standpoint. And in other cases, they were required to do so due to various compliance mandates.

Today, we will discuss what Red Teaming means in the cybersecurity context., how it is performed, how different is it from penetration testing, and which one to choose for your organization.

What is red teaming in cybersecurity?

In the context of cybersecurity, red teaming refers to the process of assessing and exploiting a target system like a hacker.

Red teaming appears to have similar principles and objectives as penetration testing, though I assure you they are not the same. I’ll explain this in a bit.

Although similar in theory, compared to pentesting, red teaming is a complex testing solution that takes more time and resources to give a thorough picture of not only the vulnerabilities in a security system but also the security measures and responses deployed against them.

The primary goal of red teaming is to test an organization’s assets for vulnerabilities & loopholes. It also tests the prevention measures and incident response mechanism, and inbuilt security biases & group-think in security processes.

As we said Red Teaming and Penetration Testing are not equal. There are some fundamental differences in these processes which give them two different names. Let us look at some of the important differences between them:

Red Teaming or Penetration test: What should you conduct?

We have understood the differences between Red teaming & penetration testing. Now, what should you choose?

In our experience, we have seen mostly bigger & complex organizations undergo the red team test. Most smaller and medium-sized organizations go with penetration testing.

Here’s how to decide if you need to conduct red teaming or not?

If you answered in YES to all these queries, you should definitely go for red teaming.

Although a red team testing is tailored to each organization, the methodology generally includes:

We also help you with Red teaming engagements via our vetted security partners.

Hidden biases & group-thinking can sabotage the defense mechanism in giant organizations. It is extremely important to pinpoint those biases and the vulnerabilities they cause. Red teaming critically analyzes the security of an organization to suggest alternative ways to build security frameworks. While red teaming and penetration testing appears similar in concept, they are poles apart in practice. Your organization will need red teaming if it has more complex and well-defined processes. If not, penetration testing is an equally good option for you.

If you’re looking for red teaming or penetration testing services, we can surely help you 🙂

1. Is red teaming the same as penetration testing?

No, red teaming and penetration testing are different procedures with some overlapping features.

2. What is red teaming and penetration testing?

Penetration testing refers to the process of evaluating a system’s security posture by finding and exploiting vulnerabilities present in the said system. In red teaming, a group of security experts tries to break into a system by using hacker-style methodologies.