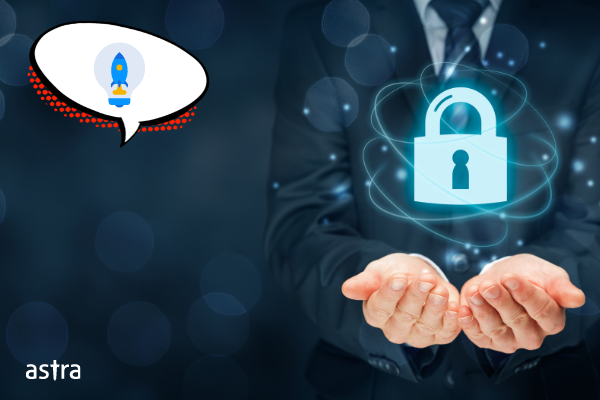 A security flaw can be the undoing of a budding enterprise. Penetration testing for startups can be the way to avoid that fate. Learn why you need it, and how you can ensure fool proof security for your startup.

We readily associate startups across the world with a culture of speed and adaptability. When the pandemic hit, startups were quick to react, evolve, and capitalize on the situation. They devised ways of managing a fully remote crew, accessed business and customer data from wherever they are, improved user experience despite all that was happening – thoroughly commendable, all of it.

Agility and speed often have a high price to pay. In the case of startups, the price has often been security. It is understandable that security takes a back seat when you are taking applications online overnight. Hackers understood that as well.

Indian startups like Unacademy, Big Basket, and Juspay were hacked, and 50 million personal records were stolen and put on sale over the last couple of years. And yes, Penetration Testing for Startups could have prevented or alleviated the crises.

What is Penetration Testing for Startups?

Penetration Testing is an offensive security exercise where security engineers try to break into a system by finding and exploiting certain vulnerabilities. The Pentesters create a report that alerts the target organization about the vulnerabilities along with the risk carried by those. The Pentesting team also prepares a guideline for the remediation of the issues.

Read also: Automated vs Manual Pentesting, Which One to Choose

In this type of Penetration Testing for Startups, the pentesters get very little information from the target. The tester can approach the target like a normal user and try different methods to unearth crucial information.

In this approach, the pentesters receive a lot of internal information like Schema, Source Code, OS details, and IP addresses. This sort of test has a large coverage including file path testing, source code testing, etc.

The tester works with limited details about the target system in this approach. It simulates an external attack where the attacker has unauthorized access to certain internal information. This form is effective yet non-intrusive.

One small security loophole vs your entire web application. The risk is high!

Get your web app audited & strengthen your defenses!
See Pricing
Starting from $99/month

Now, let us find out how Penetration Testing for Startups is placed in the larger scheme of cybersecurity.

Step 2. You perform internal audits where your security-savvy employees try to find out vulnerabilities in the system. You can run malware scans or use an open open source vulnerability scan at this stage.

Step 3. This is where penetration testing comes into play. You employ external security engineers to try and break into your system much as a hacker would. This exposes the security loopholes that a malicious actor could have exploited.

Why is Penetration Testing Crucial for Startups?

As we have discussed earlier, when you are trying to get a lot done in a short period of time, security becomes the last concern. But you cannot have it that way if you are to survive for a long time in the technology business – which is every business nowadays.

The first major setback for startups in terms of security is accepting the notion that cyberattacks concern only large companies or famous conglomerates. They seem to forget that while a startup in itself may not be a target, it can be very well lean on another company, which is an easy target.

When you build an application, you stitch multiple other applications, plugins, and libraries, into it to make your app more robust. You probably have implemented some third-party features in the codebase. Now, one of those third-party assets can have an attractive vulnerability putting your app at risk.

When you look for a vulnerability in your website or application, these apparently harmless moles are revealed. Now, this has more to it than just fixing the current situation.

When your developers read a vulnerability report, it triggers conversations about security. They become increasingly aware of those small practices that contribute to building a robust security posture.

Organizations deal with a lot of sensitive information. Take the healthcare institutes for instance. Not only do they have large repositories of sensitive patient information – medical data being generated through various connected devices, all contributing to the advancement of the field – but they also deal with a ton of financial information.

Ransomware pushed into the system of such an institute can wreak havoc in minutes. Healthcare institutes are easy prey for hackers due to their understandable negligence towards cyber security. Hence regulations like HIPAA (Health Insurance Portability and Accountability Act) are in place. A healthcare institute has to undergo Penetration Testing regularly to comply.

Now, that is just one example. If you are functioning in the IT service space, there are the SOC2 regulations, and PCI DSS for payment card processing companies. In every industry, a startup has to comply with corresponding regulations to gain credibility, and hence Penetration Testing for Startups becomes necessary.

It is difficult to put an exact ROI on Penetration Testing. However, you can measure the cost of data breaches. The average cost of a data breach has been $4.2 million in 2021. 60% of small and midsize companies that faced a data breach failed to bounce back.

While the financial loss is quite significant, the real devastation for a small company comes as a loss of credibility. Often it is the most basic internal practices that help you protect your customers. It is important to understand what data touches what and what lies in the perimeter and take the necessary steps to safeguard your data.

The Process of Penetration Testing for Startups

The Pentest process has 5 distinct phases:

How should a Startup imbibe security in its culture?

You need to start thinking about security from the very beginning. Whether you start with 4 founders or five employees, you must build a culture where each of you is aware of cybersecurity right from day one. And you do not need to be a security person to do this.

Turn security into a core value in how you design your app to how you determine its workflow. Inspire everyone to spend those thirty minutes to do some research, become aware, and it will pay dividends, even if three years later. The best part is, that you can reach out to ask for help.

Something as simple as exposing credentials on GitHub can cause serious damage, so the conversation around how to keep stuff safe, how to store or retrieve data, or how a hacker could break in, helps. Nothing beats instant threat modeling right at the start by the people who are going to build an application even while trying to get it out there as fast as possible.

Why Penetration Testing for Startups is Always a Win

It is difficult to put an ROI on security. Spending a lot on security without seeing an immediate result can be quite stressful for a company working with dwindling funds. But, hear me out. First of all, if you think security is expensive, you do not want to be exposed to the cost of a hack.

Secondly, as a startup, you always think about scaling. That means, regular updates, new people, fast deliveries, and tons of plugins. The small vulnerability you leave untouched today can cause a massive impact ten years down the line.

It is also a matter of being more secure than your peers. Security comes up as a point of argument when you try to do business. A VAPT certificate at that point can do your startup a world of good.

One can text a malicious payload into the portal and get it to execute against the administrator. Looking at your DNS, one can find, how is it structured, and what internal assets are exposed. They can figure out If you have load balancers and how they are configured.

It’s a tough world out there, and you want to be prepared.

How Astra can help?

All this information might seem a bit overwhelming if you are just starting out. Cyber security is complicated, there is no denying that. And it can get expensive depending on how much security you are looking for. However, it is of utmost importance to choose the right security partner early on.

You need someone who comes with upfront pricing, supports your devs in remediating issues, lets you see each vulnerability for yourself, and does all of it at a stunning speed. That is Astra Pentest for you.

With an intuitive dashboard, video PoCs, and in-call remediation support, Pentesting has never been simpler.

For a startup trying to get a hold of the market, building trust and loyalty, reactive cyber security is a dangerous proposition. You have to be proactive with security to ensure zero business downtime and no loss of customer data in case there is a breach. Opt for penetration testing service, it is going to bring some peace of mind in your whirlwind of a world.

What are the phases of penetration testing?

How much time does penetration testing for startups take?

The timeline for penetration testing for startups can range from 4 days to 10 days depending on the scope of the pentest.

How much does a penetration test cost?

The cost of penetration testing for web apps ranges between $99 per month and $399 per month.

How often should a company undergo pentesting?

The answer varies with the type of organization. Yearly pentesting is recommended for any organization. For a company handling a lot of sensitive data with internet-facing assets, it is ideal to have quarterly pentest. 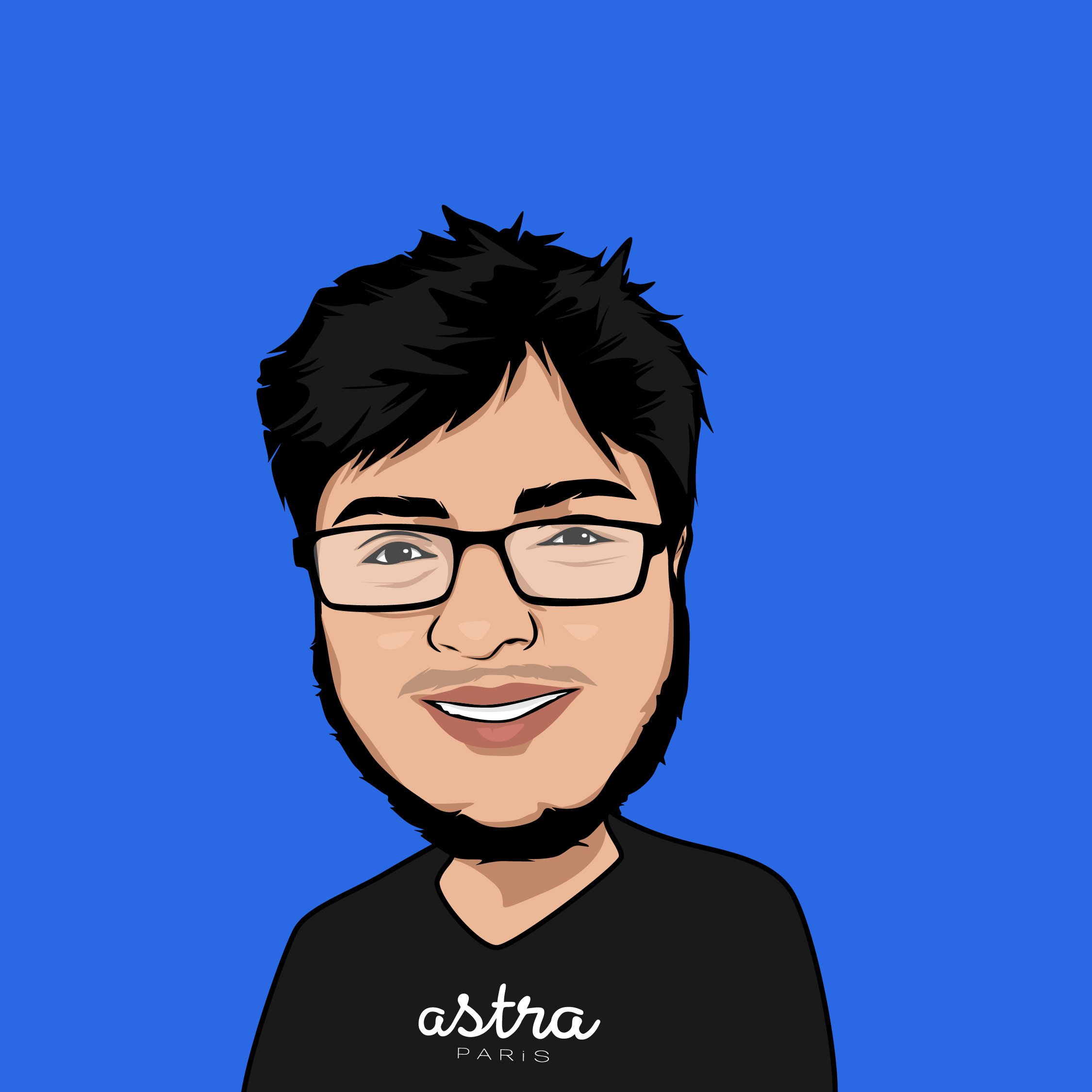