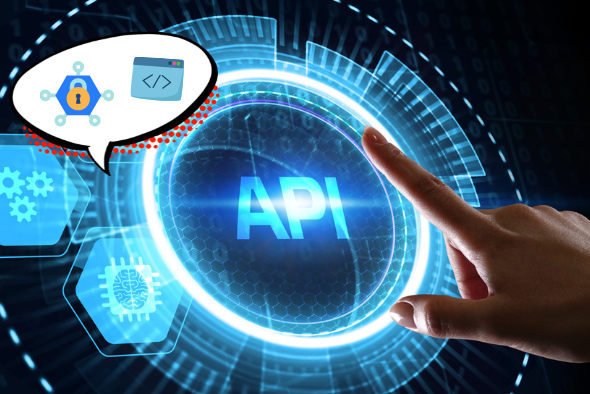 API stands for Application programming interface. It helps multiple applications to communicate with each other based on a set of rules. a breach in API security may result into exposition of sensitive data to malicious actors. The article covers the what, why, and how of API security testing.

In layman’s terms, API is a language used among various applications. For example, you can add your Twitter handle on the sidebar of your WordPress blog without any coding and it is just because WordPress uses the Twitter API that lets you do it. The APIs have been in use by developers, programmers, and their clients for a few decades now and are set to stay. So,what makes it important for us to talk about API security testing?

Each year, tens of thousands APIs became available on the internet. According to a recent research, the global cloud API market is estimated to reach US$ 1,424 Million by year 2025. The rapid escalation in cloud adoption has been one of the key factors contributing to the growth of the API market. APIs have gradually become the core language of enterprise integration. The ever increasing API adoption has come with its own set of security threats.

Research firm Gartner predicts that – By 2022, API abuses will become the most common type of web application attack. Securing them holds paramount importance for the smooth running of a secure digital business. The first step to achieving that is an API security assessment.

What is API Security Testing?

API security is nothing but securing the API endpoints from attackers and building your APIs in a secure fashion. A vulnerable API could lead to:

Not sure if you have vulnerable API rules on your website? Just stick around till the end. The API security testing methods depicted in this blog are all you need to know & protect your API better. All that in a minute.

First, let us take a look at the different kinds of API security vulnerabilities and the tools one could use to find them.

Related Read: API Penetration Testing: What You Need To Know

Why Do You Need API Security Testing?

As we said, API allows data exchange between applications. If a hacker breaches API security, he/she can access sensitive data stored on your website.

Other bitter consequences of an API security breach could be:

The following API security breaches in popular companies will paint a more realistic picture before you:

We are here to help you steer your business clear of similar situations. Read on.

Make your API calls the safest interaction on the Internet

What is the REST API?

REST is basically an API designing style. It stands for “Representational State Transfer“. By designing style we mean – it is a set of rules that API designers follow while creating an API.

Remember that REST API is a designing style of an API and therefore is platform-independent. Rest API can be implemented in any language (PHP, Python, etc.). Generally, the data is exchanged in XML or JSON. Although it’s not specified.

Time to learn some truth and bust some myths about API security.

Experience Astra Web Protection Yourself With Our 7 Day Free Trial!

Astra stops 7 million+ nasty attacks every month! Secure your site with Astra before it is too late.
Claim Your Free Trial

1. API security is integral to API

2. Using software to secure your API is enough

Software-based API security is an option available to you as you look to manage your API. It’s pretty convenient and might give you the sense that it is all fine. Unfortunately, you’d be wrong, and there’s history to show why. All the infamous API security breaches have been connected to software: running alien code on your site is going to leave a whole host of vulnerabilities. So, go for a more concrete option such as API security testing.

As a concept API itself can be summed up with a good degree of simplicity – two programs are connected through an API, and that’s it. However, API security is not that simple. And this might be one reason for you to think about investing in some advice from an expert in the area. The ironic part is that the simpler your actual API connection is, the less simple securing it is going to be. In the modern era, sharing data but at the same time securing it is what makes API security a necessarily complicated task.

4. API gateway is the same as API security gateway

API security gateways ought to be used all the time as a solution to the ongoing API security problems. Security gateways are able to limit the flow of data to the point of necessity and stop you from hemorrhaging data that doesn’t necessarily need to be out there. A normal API gateway might be useful for your connection but it will never compare to a secure API gateway.

Many companies talk about their products being safe because they have features of API security, and they believe that API security ultimately means the best security. However, this is not true. Just having features from API security doesn’t mean that your product is secure or more secure than others. A penetration testing of APIs will help you discover the loopholes that can lead to hack.

While APIs can enhance your security and protection, and they can amp up the protection that your security system gives, they will not keep you safe enough on their own.

Fuzzing simply means providing random data to the API until it spills something out – some info, some error message or anything to imply that random data has been processed by the API.

For numerical inputs, you can try 0 or negative numbers or very large numbers. For string inputs to the API, you can try SQL queries or system commands or random characters like “, ‘, //, etc. But if you wish to automate the whole process, there is an open-source fuzzing tool called Fuzzapi.

Step 1: Download and install Fuzzapi. Read this to know how to do that.

Step 2: Now, once Fuzzapi is installed, open your browser and navigate to localhost:3000. You will see something like the image given below.

Step 3: In the URL field, add the URL you want to test. Select the method of your choice. In the Raw Headers and Parameters field, add the info if needed otherwise leave them blank. Finally, click the Scan button.

Step 4: Wait while the test goes on. Once finished, if the API is vulnerable, final results will be shown like the image given below.

SQLi attacks are successful when the unsanitized API input is processed by the database. Hence, it is important to test your REST API for any SQLi bugs. Try providing SQL commands in the input like:

If the API is vulnerable to SQLi (error-based and/or SQLi), these values into the parameters may help bypass some restrictions and respond with 200 OK. i.e.

If the API is vulnerable to SQLi but not necessarily error-based and/or vulnerable, it may still generate a DBMS error in the message and respond with 500 Internal error. Like the one shown in the image.

Moreover, if you wish to automate the process, try using Sqlmap.

The API inputs can also be injected by various OS commands. These commands then get executed on the server. However, for different Operating systems(Windows, Linux, etc), the commands would be different. For instance, for a Linux system, the command “rm /” can remove the entire root directory. When URL encoded, this command would look something like rm%20/.

So for instance, an API is being used to view the contents of a site, then malicious code can be executed in the following manner.

The semi-colon after the file.txt ends the input parameter and executes the OS command. However, be careful with this command as it can delete the entire directory. Try something a little less harmful like:

However, if you wish to automate the process, try using Commix.

Often, parameters sent through an API request may be vulnerable to tampering. By tampering them, an attacker can change the values of a product and therefore purchase it almost for free.

For instance, if there is a hidden field in the form submitted by the user like this:

The attacker can change the value from 100.00 to 1 and get the product almost free of cost. This can be done using the element inspector in any browser. So make sure to test such hidden fields sending requests to your API endpoint.

Web applications communicating using API often use various HTTP methods. These HTTP methods are used for saving, removing or getting the data. So if a server does not support an HTTP method, typically it should show an error. But this is not the case always, especially for vulnerable APIs.

To test for such vulnerability, make a HEAD request to your API endpoint which requires authentication. There are several ways to send HEAD requests. To accomplish this using python, add the following code to a python script and run it:

Replace API-URL with the URL you wish to test.

The most important thing is to follow the API security practices mentioned above. As they can provide a sufficient layer of security to the API endpoint.

However, if your website’s API has still been compromised, Get immediate professional help.

It is common to find it cumbersome to identify and patch the vulnerability. You can always go for automated security solutions such as Astra to test and secure your API.

Want to know more or have a quick question? Talk with our engineers!

We are always online! 😊
Chat with us

1. What is the timeline for API Secuity testing?

API security testing ideally takes 4 to 5 days. You start seeing the vulnerabilities from the 2nd day on your dashboard. The timeline may differ a little depending upon the scope of the test.

2. How much does API security testing cost?

The cost of API testing is between $349 and $1499 per scan depending on the number of scans and the scope of the pentest.

3. Why choose Astra for Security Testing?