LFI and RFI Attacks – All You Need to Know 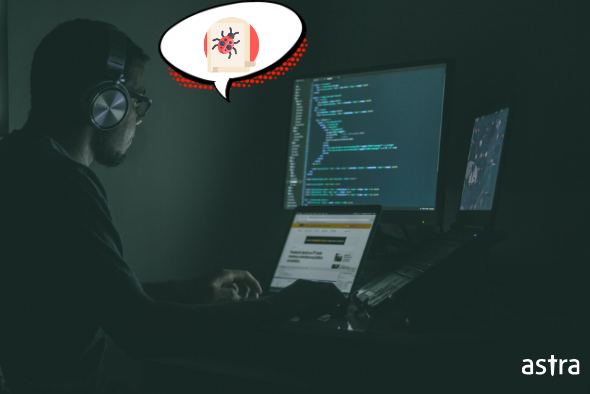 In an age when we are constantly developing innovative solutions to brace against sophisticated cyber attacks, we often underestimate the havoc that can be unleashed by the benign-looking, more elementary attack forms. They may not make big headlines as the high-profile cyber attacks, but they can be disastrous as well.

This Blog Includes show
30,000 websites get hacked every single day. Are you next?
Understanding LFI and RFI Attacks
Mitigating RFI and LFI attacks
See our Intelligent Firewall and Malware Scanner in action
Was this post helpful?

Local File Execution (LFI) and Remote File Execution (RFI) are similar to the nefarious Cross-Site Scripting (XSS) attacks. All of them are forms of code injection attack, with the former two being less sophisticated and therefore easily preventable. Although not taken seriously by the security community, LFI and RFI attacks constitute 21 percent of all observed web application attacks.

At Astra, we have a team of security experts who helped hundreds of websites to get secure from XSS, LFI, RFI, SQL Injection and 80+other security threats. Secure your website now.

Remote File Inclusion (RFI) is a method that allows an attacker to employ a script to include a remotely hosted file on the webserver. The vulnerability promoting RFI is largely found on websites running on PHP. This is because PHP supports the ability to ‘include’ or ‘require’ additional files within a script. The use of unvalidated user-supplied input within these scripts generally leads to the exploitation of this vulnerability. And with more than 70 percent web sites running on PHP, RFI should be on every security researcher’s radar, but sadly it’s not. The severity of an RFI attack can range from outputting the contents of a file to arbitrary code execution.

On the other hand, Local File Inclusion (LFI) is very much similar to RFI. The only difference being that in LFI, in order to carry out the attack instead of including remote files, the attacker has to use local files i.e files on the current server can only be used to execute a malicious script. Since this form of vulnerability can be exploited with only using a web browser, LFI can easily lead to remote code execution by including a file containing attacker-controlled data such as the web server’s access logs.

Some notorious cases of LFI/RFI attacks are:

Since more than 90% of PHP running websites run on version 5.2 or higher, LFI is almost three times more rampantly occurring than RFI. Hackers prefer LFI in websites running PHP version 5.2 or higher due to the unique functionality of an additional control mechanism over remote file include in the form of the allow_url_include switch in version 5.2. Since the default value of the switch is OFF, applications that were previously RFI vulnerable now become LFI vulnerable.

3. Blacklisting: Blacklisting IPs obtained from observing previous RFI attacks could be used to block any future attacks originating from the same malicious source, thus tackling an attack before it even begins.

4. Code fixing: The application code can be written in a manner that prevents RFI attacks. Therefore, enable code reviewing via your web application firewall.

Check our blog on what hackers do with a hacked website