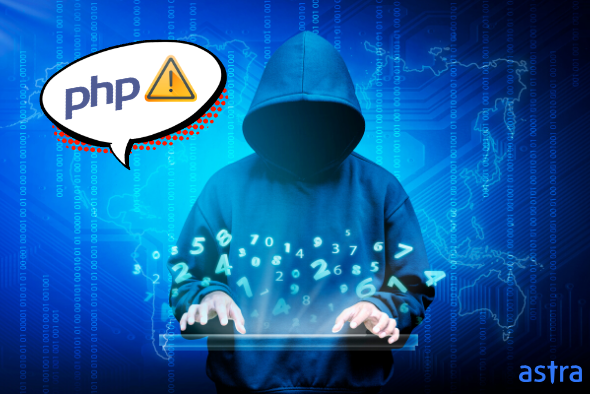 There are around 12-24 million eCommerce stores on the internet today. With this huge number of websites comes severe security threats. One of them is the Brute Force Attack. Did you know that the Brute Force Attack has increased by 400% since 2017 and is still increasing? In this article, we will discuss all about Brute force attack in PHP and ways to prevent them.

What is a Brute Force Attack in PHP?

Brute force is a hacking technique used for guessing the user by trying various possible login credentials. Brute-force involves trying thousands of login credentials repeatedly in a short time span until the attacker succeeds. A Brute-force attack can be time-tedious but with automated tools and sophisticated methods, it has become super easy to gain access to your website.

A brute force attack is a technique of finding correct login credentials for a website. This attack can put your customers’ data and credit/debit card data at risk along with your admin account and your website’s credibility. Example 1:-The attacker takes a wordlist of known web pages and then sends a request to each page to analyze the HTTP response to determine whether the web page exists or not. Brute force attack tool used for this attack is: DirBuster

In the output above, it shows that PHPMyAdmin/directory is found. This data can be used by the attacker to steal your data. Example 2:-Alibaba, a brute force attack in 2016 affected dozens of accounts.

Test if your PHP website is vulnerable to Brute-force attacks

Symptoms of a Brute-force attack

A brute force attack is relatively easy to detect as compared to other attacks such as SQL injection attack, backdoor attack, etc. The symptoms listed above are quite easy to notice. But this doesn’t mean that it is relatively easier to prevent. Easy detection does not equate to easy prevention in this scenario. To prevent an attack on your PHP website, you will need to follow the following steps:

a) Use strong passwords

You might find the idea of using a strong password silly. After all, who will ever be able to guess what your password is! Well, let me burst your security bubble. If you are using the easiest possible password, then you are at a high-security risk. For instance, you used numbers like ‘17894’ as your password. For each place, an attacker will have to guess 10 times, and for the complete combination, it may be a couple of 100 times. This may seem to be a lot to you. But for an attacker, it is next to nothing. Here are certain combinations that you can use:

If you limit the login attempts to your website, the user will be stopped after 2 or 3 unsuccessful login attempts. For this, you will have to create codes that will authenticate the entry of correct credentials. Also, put a stop to multiple login attempts from the same IP address.

Using CAPTCHA (Completely Automated Public Turing tests to tell Computers and Humans Apart) can help you strengthen the defense of your website. It can verify whether the login attempt is being made by a human being or a robot. There are certain ways to introduce CAPTCHA to your website:

Multi-factor authentication is a highly reliable prevention technique to brute force attacks in PHP. This authentication will add two-layer security to your website. To implement MFA, you can use the credentials as the first layer and then email as the second layer. You can change the layers as per your choice. This can vary from verifying your email or phone number to answering a security question related to your childhood.

Implementation of time delays between login attempts is not a preventive measure but more of a defensive measure. It can slow down an incoming attack but cannot prevent it.

Using a firewall on your website is without a doubt the best way to secure your eCommerce store. We can go on and on about being careful in using strong passwords, limiting login attempts, adding security questions, etc. But let’s face it! We know that during an attack, no such measures will help you. A firewall, on the other hand, will ensure the safety of your website. We provide the best security at the best price. If you want to know more about ASTRA security, visit us today.

Security features of ASTRA firewall among the many include:

A brute force attack in PHP can take a disastrous turn without your notice. Therefore, it is imperative that you take the necessary steps in that area. If you are unable to secure your website, we are here for you. We hope that this article has provided you with what you were looking for. If you have any queries, visit us on our official website: ASTRA Security and we will be delighted to help you out!