As we all know, WordPress now is the world’s most popular open-source CMS for many years. WordPress operates on the criteria of being delicious and cheap. Hence, it is strongly supported by the web developer community. However, its popularity is followed by potential dangers. This article will cover the question “Is WordPress safe?” and some issues stirring the whole society of web designers.

WordPress was born later than other CMS like OpenCMS, PHP-Nuke, Drupal, Mambo, etc.. And at first, it was only considered a base for blogs. Nevertheless, thanks to groundbreaking developments of strong flexibility – integration – customization, WordPress has become the world’s number one CMS for everyone. Amazingly, the growth rate of WordPress is still among the highest over the world even though it has occupied a large market share already.

The answer to “Is WordPress safe?” depends on the way you operate your website. With the popularity and open environment, WordPress is clearly a delicacy of hackers. Like two sides of a problem, no source code is 100% secure.

Whether WordPress website is easy to be hacked or not, it depends on how we prevent it. Like traffic accidents, sometimes it’s inevitable. Many large WordPress websites of experienced WordPress users have never been hacked because they apply security methods to help avoid the most common attacks.

The fastest and most economical way to save time, effort and money is to find a WordPress security plugin to help you secure the website. Because when you have dedicated all efforts to build a website bearing a personal impression and are making money from that, there’s no way others can rob your property.

There are lots of reputable companies like Astra focusing on providing the best solution to protect your WordPress site. Even better, you can now use Astra services with a price reduction when applying Astra coupon codes from Couponupto partners. This is an online place that offers customers an economical solution to ensure optimal consumer experience. Thanks to their partnership, the WordPress security cost is no longer a big concern when you can seek a load of coupon codes from Couponupto. As such, not only is your WordPress site protected from hacker attacks by a prestigious provider like Astra, but you can also spend money effectively using hot Astra deals.

Before listing some serious WordPress security issues, you should investigate challenges that all system software, computer software, web applications or website source code have to face.

Zero-day is the name of a security hole on software that cannot be detected by developers, testers, or security experts before ‘hacker’ takes advantage of it to attack a user.

Therefore, as soon as there are security fixes, tracking the security situation and updating WordPress, themes and plugins are extremely necessary.

In history, people have witnessed a number of infamous security holes on WordPress Core.

Recently, in 2019, WordPress 5.0.x versions were found to have a serious security flaw that allows hackers to perform Stored XSS attacks. Taking advantage of this vulnerability, hackers can trick an Administrator or Editor to click on a link to perform a CSRF attack. When tricked into clicking on a malicious link, the user can execute a command to inject malicious code into the website.

Revolution Slider, along with Visual Composer, is one of the most used paid plugins in WordPress. It was so powerful that it could create impressive sliders for a site and was responsive with most themes sold on Themeforest, a famous theme market.

Because of being present on most themes in Themeforest, the 2014 Security Slider security hole had made the whole Themeforest wobble.

With exposed information, a hacker managed to hack into the database and perform other serious attacks.

From well-known themes like Avada, The7, Flatsome, X-Theme to newly launched themes, all lied on the dangerous list due to their Revolution Slider built-in.

Noticeably, the author of the Rev Slider Theme-punch took several days to confirm the flaw and release the update. Due to that delay, hundreds of thousands of websites were attacked and malicious code was inserted in a short time.

Many years later, the vulnerability still left a trauma because neither old Revolution Slider users nor websites attacked in 2014 tested and scanned the code thoroughly.

In 2016, two large themes of Tagdiv, Newsmag, and Newspaper by Tagdiv, encountered two major security issues that allowed hackers to insert code to redirect to malicious pages via a JS file.

The impact of this vulnerability had continued until the end of 2018 because tens of thousands of websites still used versions older than 6.7.2 (released in late 2016).

Newspaper by Tagdiv, Newsmag by Tagdiv, as well as other large themes such as Avada, The7, Flatsome, Betheme are very popular, but not everyone thinks of buying or asking for a new version to update after using a long time.

3. RFI Vulnerability on a Series of Famous Plugins (2019)

Let’s update immediately if you still use the old version.

In summary, the above stories are just a few examples of countless WordPress scandals. The website’s safety depends on your way of protection. Whether or not you are well versed in computer technology, WordPress security is of utmost importance if you want to extend the life of your WordPress site.

It’s crucial to monitor the oncoming traffic and block attacks while you still can. A dedicated web-application firewall is what can help you with this. It filters good traffic from bad traffic, monitors visitors and actions and blocks attempted attacks 24*7, without fail.

Besides a proper protection mechanism, you must follow a set of recommended WordPress security practices to secure each area. Some of the areas that are often overlooked, but should be given special attention to are: setting correct files & folder permissions, securing admin area, disabling directory listing and more. This WordPress Security Guide covers 26 such security areas in a WordPress site. Follow this guide to enhance your WordPress security.

Have questions regarding your WordPress site’s security? Ask an expert. 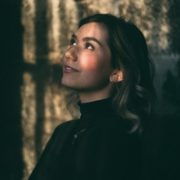 Stacy is the marketing manager of Coupon Upto and a cybersecurity enthusiast. She has a keen interest in learning and writing about digital security. 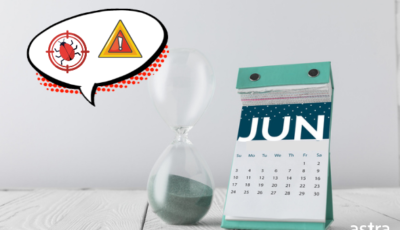 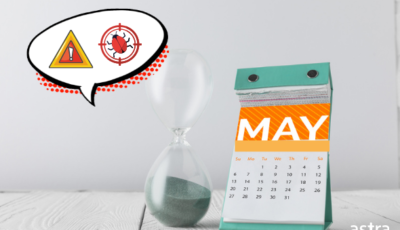