What is XSS Attack in WordPress? How to Prevent it?

Cross-site scripting, also known as XSS in short, is a security vulnerability found in web applications. WordPress XSS exploit allows attackers to inject malicious content under the guise of a trusted entity. Further, an XSS vulnerability also compromises user-website interaction. It allows attackers to pose as legitimate users and upload malicious content, steal user credentials and information, deface your website and tarnish your brand.
WordPress XSS exploit recently made the news when a company specializing in software analysis released details of cross-site scripting vulnerability found in WordPress v5.11 and below.

This Blog Includes show
Symptoms of WordPress XSS attack
Get the ultimate WordPress security checklist with 300+ test parameters
Consequences of WordPress XSS Attack
Stolen Cookies
Compromised Passwords
Port Scan
Cross-Site Request Forgery
Keylogger
See our Intelligent Firewall and Malware Scanner in action
Examples of WordPress XSS Attack
Slimstat plugin exploit (May 2019)
Facebook Messenger Live Chat
Prevention of XSS Attack in WordPress
Update WordPress files
Validate input
Sanitize Data
Escape data
Encode data on output
Use a web application firewall
On average, a website is attacked by malware 44 times per day. Safeguard yours now with the Intelligent Firewall and Malware Scanner.
Regular malware scanning
Was this post helpful?
XSS vulnerabilities are one of the most commonly observed vulnerabilities, yet they are the most overlooked. XSS is a cyber flaw that allows users (or hackers posing as users) to inject malicious code into a page allowing arbitrary input.
XSS exploits are classified into stored and reflected.
Here is how the XSS attack is carried out:

XSS exploits could get you locked out of your website. It could also be used to impersonate you and tarnish your brand’s image. There is an unending list of what hackers are capable to do by exploiting the XSS vulnerability. Here are a few of them.

XSS could also be exploited to run port scans to the local network of anyone who visits the vulnerable website. If gained access to the network, the attacker could hack into other devices on the network. To execute such attacks attackers inject code that scans internal network and reports to the attacker.

Cross-site request forgery (CSRF) provides the attackers the capability to force end users to execute unwanted tasks. Depending upon the type of website the attacker could request a connection, send a message, change log-in credentials, transfer cryptocurrency or commit a backdoor to the source code repository.

JavaScript can be used to perform keyboard capturing. JavaScript provides coders the capability to log keystrokes performed by a user on a vulnerable page. Some commercial web sites have made available some codes that can be used to log visitor movements in the form of clicks, mobile gestures or input. These could prove to be disastrous in the hands of malevolent beings.

XSS is the most common vulnerability that provides malicious actors backdoor entry into thousands of websites every year. These are a few recent examples of WordPress XSS exploit.

Slimstat is a popular web analytics plug-in that was recently found vulnerable to stored XSS vulnerability. Slimstat is used for tracking website analytics in real time, it monitors and reports stats of access logs, returning customers and registered users, JavaScript events, etc. Imagine the amount of website data that the hacker could access by exploiting the vulnerability.
The vulnerability was present in versions 4.8 and below. It allowed any unauthenticated visitor to inject arbitrary JavaScript code on the plugin access log functionality. Websites that were using the latest version of WordPress and were under the protection of Astra WAF were safe from the attackers.
Read more here: Popular plug-in Slimstat, vulnerable to XSS

Prevention of XSS Attack in WordPress

Taking security for granted will cost you very dearly in today’s cyber-lithic age. A strong sanitizing and validating system can protect your website from the exploit of the kinds of XSS and CSRF etc. Read on to find more about it.

The fastest and easiest way to solve the vulnerability issues related to WP v5.11 and below is to update WordPress to the latest version.

Examine and validate all input data before sending it to the server. Accept input only from validated, trusted users. For example: Follow the following function to validate email-id inputted by the user.

Sanitizing data input by the user is highly recommended on sites that allow HTML markup. You can make sure that the data does no harm to either your users or your database by cleaning the data of potentially harmful markup. WordPress has great features to filter out unreliable data entries. Here is a list of WP commands you can use to sanitize your data.

Escaping data means ensuring data security by censoring the data entered. It ensures that the key characters in the data are not misinterpreted in a malicious manner. The five basic escaping functions that WordPress provides are:

Encode all HTTP response that outputs the data entered by the user. This would prevent it from being interpreted as active content. Encoding is merely converting every character to its HTML entity name. You can use the Content-Type and X-Content-Type-Options headers to ensure that browsers interpret the responses in an intended manner.

Use a web application firewall

On average, a website is attacked by malware 44 times per day. Safeguard yours now with the Intelligent Firewall and Malware Scanner.

See Pricing
Join thousands of sites that trust Astra to manage their security.

Regular malware scanning lets you warned well in before. Astra WordPress Security Suite offers complete protection with its on-demand Malware Scanner which flags malicious files on just a click. Plus our intelligent malware scanner keeps on evolving with each scan. Click here to get an Astra demo now. 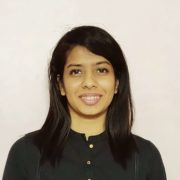 She is an Embedded Systems Engineer and a cybersecurity enthusiast. She spends most of her free time researching & reading. And loves to spread knowledge through blogs.

Zotabox fixed this issue with our plugin within 12 hours of being notified from WordPress who also approved our fix. We also sent out multiple emails to everyone affected immediately.

We have not had further issues since our update.

Hi there! Thank you for your update, we will update this information in the article 🙂