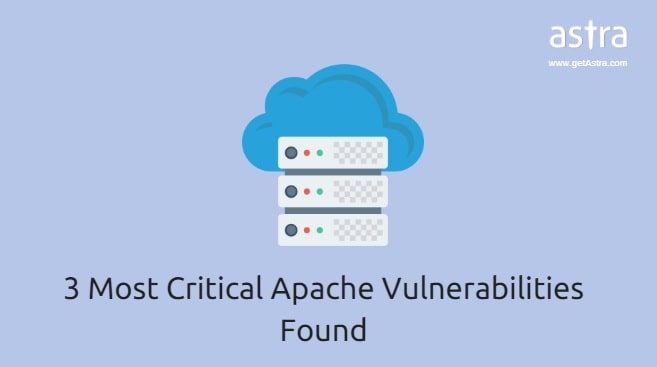 Apache, the world’s widely used web server software, has been a victim of notorious vulnerabilities time and again. These vulnerabilities render the server prone to various form of malicious attacks and other internet frauds leading to information theft and loss. While Apache regularly releases updates for its vulnerable versions, following Apache vulnerabilities have gained infamy for their potential imperilment to users.

The Apache OpenMeetings version 1.0.0 was found vulnerable to an SQL Injection Vulnerability (CVE-2017-7681), rendering it potential to information disclosure. To exploit the vulnerability, the attacker will require being logged into the system such as at a command line or via a desktop session or web interface. Modification of some system files or information is possible, but the attacker does not have control over what can be modified, or the scope of what the attacker can affect is limited.

OpenMeetings is one of the most popular virtual meetings software, widely used for online presentations, online training, web conferencing, and user desktop sharing. Its widespread usage imparts risk to the structure of the existing query and the risk of leaking the structure of other queries being made by the application in the back-end.

The immediate remediation is to upgrade to Apache OpenMeetings 3.3.0

If you are looking for a security solution for your website(custom coded or CMS), Astra Firewall will safeguard your website 24×7 from XSS, LFI, RFI, SQL injection, bad bots and 80+ other threats. Take Astra Demo now.

Apache Ranger has been rendered prone to a security-bypass vulnerability (CVE-2017-7676). Consequently, attackers can exploit this issue to bypass certain security restrictions and perform unauthorized actions, which may aid in further attacks. This allows the Policy resource matcher to ignore characters after ‘*’ wildcard character, resulting in the application of affected policies to resources where they should not be applied.

Apache Ranger is a widely employed framework used to enable, monitor and manage comprehensive data security across the Hadoop platform. Although deemed as low severity,  effectively. The Security Bypass Vulnerability affects Ranger versions 0.5.1 to 0.7. The immediate remediation is to upgrade to Apache Ranger version 0.7.1 which fixes this issue.

Safeguards include updating to the fixed version, network access to only trusted users, and employing IP-based access control lists (ACLs) to allow only trusted systems to access the affected systems.

Also, check our detailed blog on Most Critical Apache Vulnerabilities

Worried about securing your website from online fraudsters? Contact Astra’s Web Security Suite to ensure round the clock security from XSS, LFI, RFI, SQL injection, bad bots and 80+ other threats.

Hey there, You’ve done a great job. I’ll certainly digg it and
recommend to my twitter followers personally. I’m confident are going to benefited
from this website.