Joomla Website Hacked and Sending Spam Emails. How to Fix?

Joomla is a highly robust CMS with some great community support. Moreover, it is highly customizable as sites running on Joomla vary from personal pages to the government sites. Its widespread popularity can be attributed to more than 90+ language support it offers. However, being popular also makes it a target for spammers and hackers. Often users complain about their Joomla hacked sending spam on the community forums. These attacks are fairly common due to the sheer bulk of users affected. Often the spam emails contain pharma ads selling viagra. According to the book Joomla Web Security,

Servers such as yours that are hacked into are often used to sell “time” by organized criminals around the world. They are selling time on desktops and servers by the minute, hour, purpose, speed available, and other attributes. The reason for their sale is to send out SPAM (unsolicited bulk email), to use as denial of service attack points, or for any other unintended purpose.

The Discovery of a spam email attack typically takes a few hours to days. The latency occurs due to the fact that emails take time to propagate. Therefore it is detected when a user notifies you regarding spam email. However, in some cases, the web admin is notified if he/she uses online services to check for spam before sending it. These services might reveal that the domain has been blacklisted for spam. Although certain online security solutions can notify the users well in advance regarding such threats.

In some cases, it has been observed that the spam attack may choke the bandwidth. Thereafter your ISP may notify you regarding the outflux of spam emails. The Internet has plenty of resources which maintain online spam list. In case your Joomla hacked and sending spam, your server IP would be blacklisted. Once one service blacklists you, it propagates through all such blacklists. Thereafter search engines like Google blacklist your site for spam. So, when the users visit, they might be greeted with a page like this.

After noticing the large-scale distribution of spam emails from the site, Google has listed it as an attack page. This page warns users against proceeding on the site. If your site shows these symptoms it may be due to Joomla hacked sending spam!

The issue of Joomla hacked sending spam is fairly widespread. Multiple users complain regarding this issue in the community forums. Some even get reinfected! Here are a few such examples from the Joomla community forums.

The Joomla database is very often targeted. Pertaining to the fact that SQL injection is fairly common around the web. Thereby inducting it into one of the OWASP Top 10 vulnerabilities. Once the attacker gets hold of the database, SQL statements can be used to determine tables containing signup email. After the list is obtained, the attacker could use it to spam a large number of users. Therefore, it is crucial to keep the database secure.

For instance, Joomla has an extension named Jimtawl. It is can be used to run a radio station on the web. However, this component was found vulnerable to an SQLi. The vulnerable parameter wasid. The complete URL looks like:

The component allowed unsanitized user input leading to SQLi. Here, by appending SQL statements afterid, the attackers could read contents of the database. For example, to reveal the database version and user, the following query can be executed.

The apostrophe mark here ends the input of the previous statement. Thereafter the OR clause executes the next  SQL statement. This statement fetches the user and database version. The exploit for this has already been released. Moreover, the attacker could use automated tools to speed up the attack. From here on the attacker can search for all the emails stored in the database.

In some cases where the site is Stack Based SQLi vulnerable, the attacker can execute commands. These commands are executed through the database service running on the local server. Using these commands, the Joomla hacked sending spam issue could occur. Therefore the spam may originate from the local SMTP server itself. Apart from Joomla hacked sending spam, the attacker can also use the database info to conduct other attacks on the site!

It is quite possible that the attacker may have brute forced the login to your SMTP server. Using default or weak passwords makes the site susceptible to these kinds of attacks. When the SMTP server is under control of the attacker, it could lead to Joomla hacked sending spam.

Open ports can give away the site to the attacker. SMTP uses default port 25. However, avoid using this port as it is often targeted by spammers. In some cases, the ISPs themselves block this port. Port 587 is a better alternative. As this port supports TLS encryption. Port 25 is a primary target for malware and spam. An attacker can break through open ports which leads to Joomla hacked sending spam. Exposing port 25 to the internet can result in a large amount of inbound spam!

Generally, the attackers exploit the server using above given known techniques. Thereafter in order to optimize Joomla hacked sending spam, automation is used. PHP scripts can accomplish this task very efficiently. These scripts are used to make a connection to the SMTP server or MX servers in some cases. A typical script would contain code like this:

Clearly, code obfuscation techniques have been used. However, when this script is decoded, it translates to something like

As seen from the code, the script uses the eval() construct. This command processes an input string into PHP code. Safe coding practices suggest avoiding the use of eval(). As it helps the attackers to execute arbitrary code on the server. Moreover, eval() can be used to store code in a database. This code is later executed and makes Joomla hacked sending spam. These scripts can pump mass spam in two ways:

Often cheap hosting may cost you heavy. The infection spreads quickly when multiple sites share the same space. So Joomla hacked sending spam may be due to infection from other sites. This makes it difficult to detect that which site is generating spam!

Need professional help in securing server after Joomla hacked sending spam? Drop us a message on the chat widget and we’d be happy to help you. Fix my Joomla spam email now.

Often Joomla hacked sending spam scenarios have been observed. But sometimes, sites might themselves become targets of spam. A large number of fake signups could be targeted towards your site. Joomla suffered from a vulnerability where the users could submit emails even while the form was disabled. It was caused due to a vulnerable component calledcom_contact. This vulnerability was dubbed as CVE-2018-17859. By exploiting this, an attacker could submit a large number of spam emails. In that scenario, if proper checks and balances are not placed, bots can wreak havoc. Automatically filling up the signup tables. In the end, it would get difficult to differentiate which emails are original signups and which ones are bots!

The SMTP protocol is designed such a way that the “From” and “To” fields can be manipulated by anyone. Even by the normal users. Spammers routinely exploit this by putting your domain in the “From” field. This is done in the following ways:

How to Stop Spam Emails in Joomla: Fixes

The SMTP protocol has its own limitations. As it is not possible to stop someone from using your domain in the “From” option. However, there are certain fixes. The mail servers could be notified regarding which IPs are allowed to send mail on behalf of your domain. Thus, SPF is a type of DNS TXT record that accomplishes this task. Following steps can be taken to implement SPF:

This states thatYourDomain.com have only two valid sources of email. One is the Mail Exchange servers. MX servers define the domains which are the recipient for your email. And another is the server at 123.123.123.123. Rest all E-mails would be treated as spam. However, it is noteworthy here that just like robots.txt this is a convention. Most mail servers may follow this while some may not!

Step 1: First it is necessary to identify the scripts which are generating spam. Therefore login to the mail server with admin rights(SUDO).

Step 2: In order to capture the outbound emails by scripts, ensure that yourPHP.ini file has the following codemail.add_x_header = On. Once this is accomplished proceed to inspect your mail queue.

Step 3: This can be done by the commandmailq. This command would list all the emails in the queue. From here on, note the ID of the email whose source you wish to track.

Step 5: This command would give an output like,X-PHP-Originating-Script: 45:SPAMmailer.php. Here, 45 is the UID of the SPAMmailer.php script. This command has successfully found the Joomla hacked sending spam script. Also, its local id on the server. Remove the script and clean the installation.

However, in the case of Step 4, if it doesn’t give any output then it is likely that the account has been compromised. Change the password to a secure one to prevent Joomla hacked sending spam!

Joomla hacked sending spam can seriously affect the reputation of your site. The best possible precaution is to use a security solution. A great number of security solutions with firewall and IDS are available online today. Security solutions like Astra are highly scalable. It caters to the needs of personal blogs as well to the large businesses. 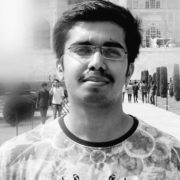 Thanks for sharing good information about setup an SMTP server to send email using Microsoft Office. It is extremely helpful.