How to remove the WordPress Backdoor: PHP/apiword malware from your WordPress website 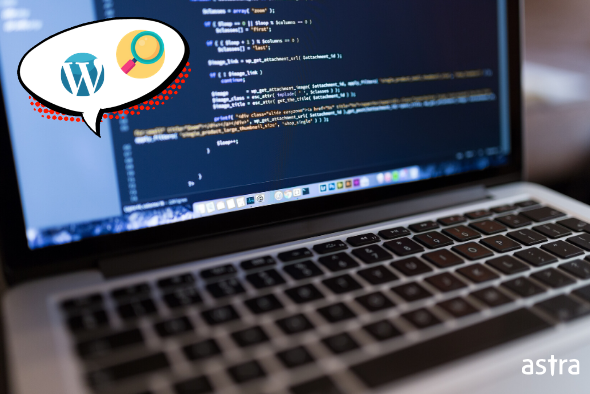 Lately, WordPress witnessed a perilous situation when it discovered a malicious code added to the top of the functions.php file, exploiting which the malware creator can unleash pretty much any damage he’d like. The injected code comes from the apiword malware which not only creates modifications in post.php and functions.php, but also creates a file containing a backdoor: /wp-includes/class.wp.php

The presence of the functions.php file is essential for any theme to be recognized by WordPress and therefore gets executed during each page view. This makes it a good target for malicious code.

Is your WordPress site hacked? We can help!

Astra has helped thousands of WordPress websites get rid of hack in no time.
Immediate Malware Removal
Or get in touch.

Once infected, the attacker can misuse the backdoor to add or modify arbitrary posts on the site. The backdoor PHP script can cause serious damage by:

The apiword malware adds code snippets to the wp-includes/post.php file. It then creates a file wp-includes/wp-cd.php . Given below is base64 decode:

Related Blog – How to fix wp-vcd malware in WordPress

How to detect the Apiword Infection?

The file path known to contain the malicious code is“@file_puts_contents($_SERVER[‘DOCUMENT_ROOT’].’/wp-includes/class.wp.php’,file_get_contents)”.

This code would essentially contain a signature in form of a variable by the name wp_cd_code. This can aid in identifying infected files.

In case the user is running a Unix-based OS, you can extract the list of all infected files by running the following command in the root directory of your server’s web-root:

Executing this would begin a recursive search for the signature string “wp_cd_code” through all .php files. The output would then present the file path and the line number containing the search string.

Is your WordPress site hacked? We can help!

Astra has helped thousands of WordPress websites get rid of hack in no time.
Immediate Malware Removal
Or get in touch.

What does the malware code in functions.php do?

In a layman’s language, the code injector configures the malicious code for each site, injects into the PHP file which will run on each user request, which is reported back to the attacker. This code checks for the variables action and password passed in the HTTP request. If the password matches the hard-coded hash (which is generated by the code injector) then the injected code executes an action based on the contents of the action variable.

The attacker can use the generated password to gain admin privileges without following the usual route of logging in. This provides the attacker with the privilege of certain actions like adding arbitrary content and modifying posts on the infected site. Also, check our article on PHP Code Execution in WordPress.

Removal of the PHP/apiword malware hack

Mitigation of this malware calls for thorough removal of all backdoor codes from each and every function.php file in the site’s themes directory. It is imperative to implement the following checklist:

How to Prevent your functions.php from being hacked?

To know about the latest happenings in the WordPress community or get notified about the update release, subscribe to our blog on WordPress Security.